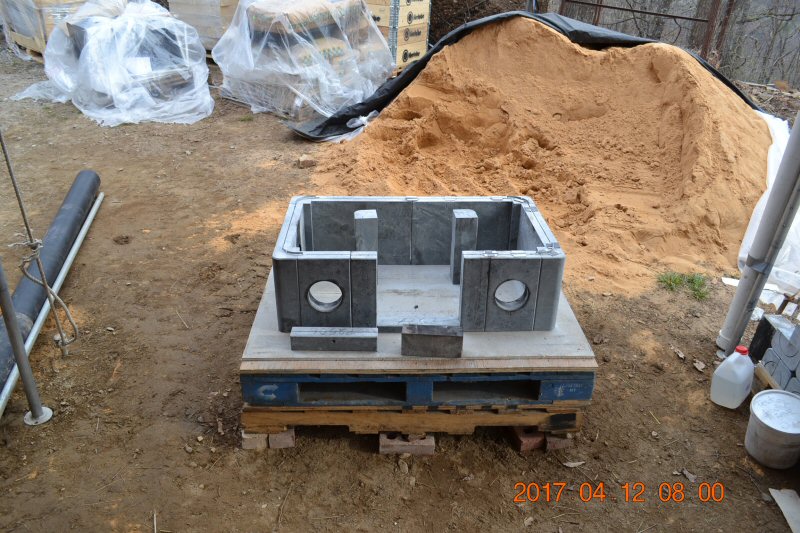 U2200 is a popular mid-sized model (about 4000 pounds).
This particular heater had been assembled and tested for a week in a lab in Vermont before being
shipped to Wildacres. 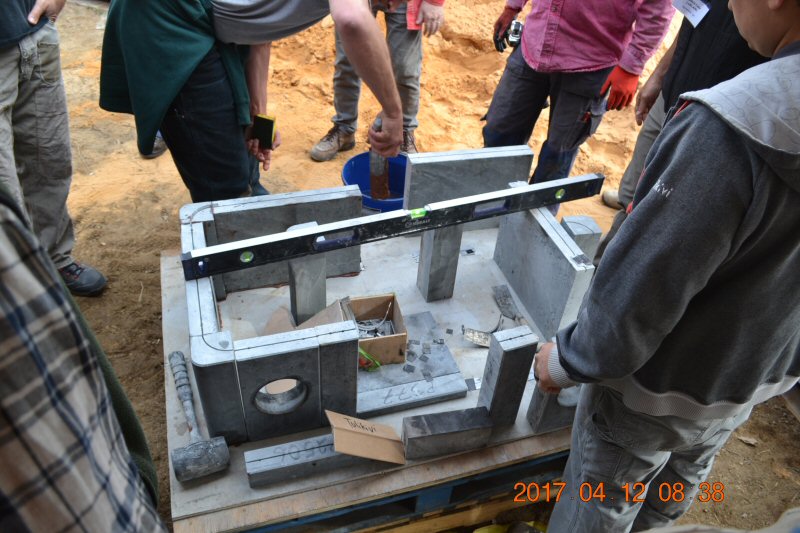 Levelling the base course. 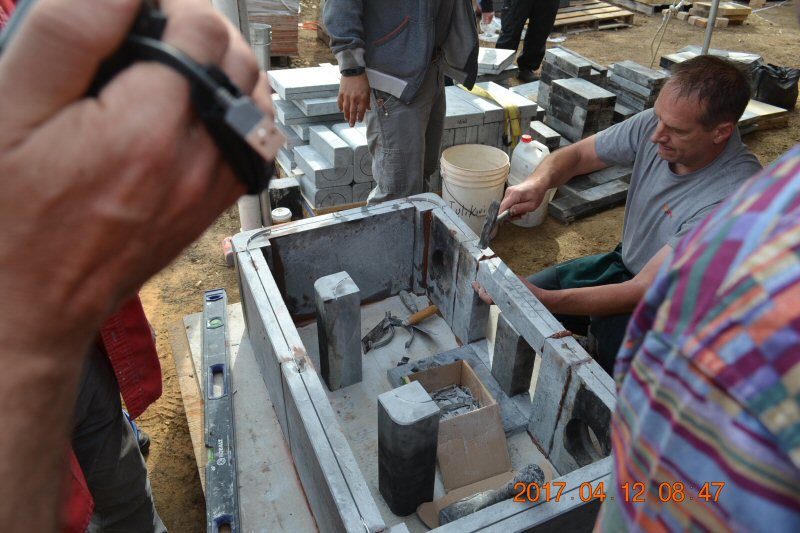 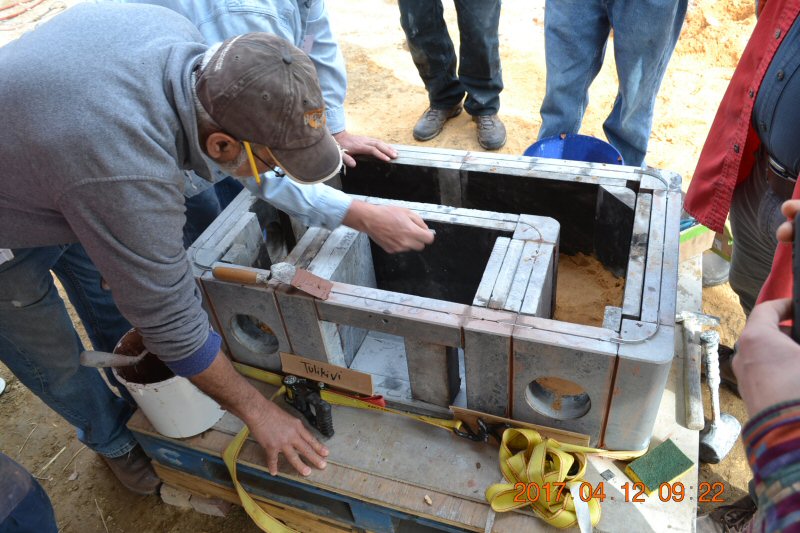 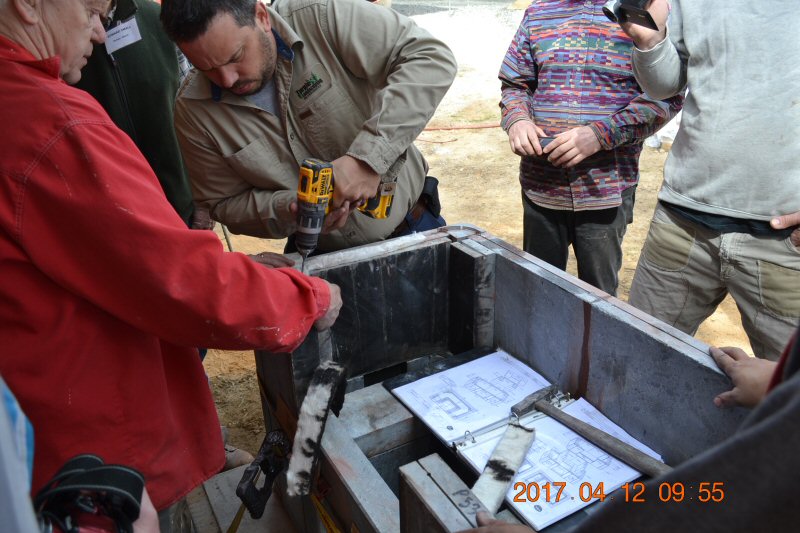 Drilling so liner stones can be pinned (to allow for thermal expansion). 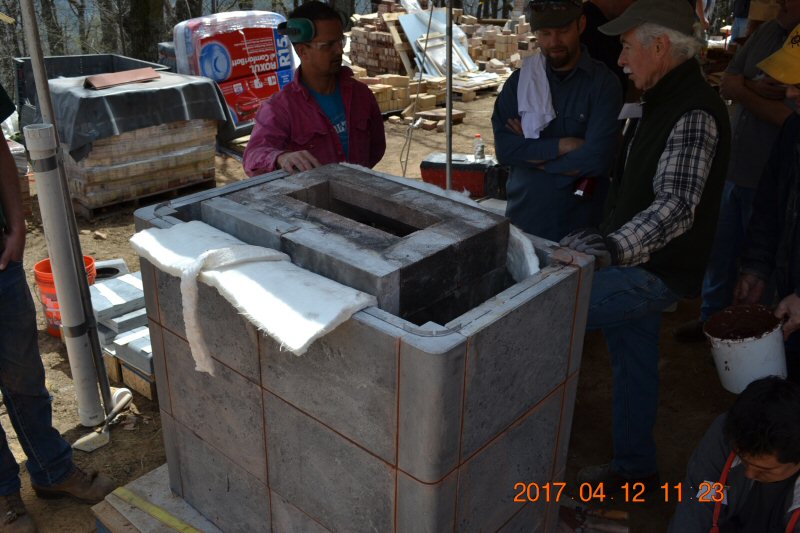 Firebox is capped with two pieces of cast refractory concrete. Brackets hold the stones together, especially at the corners. 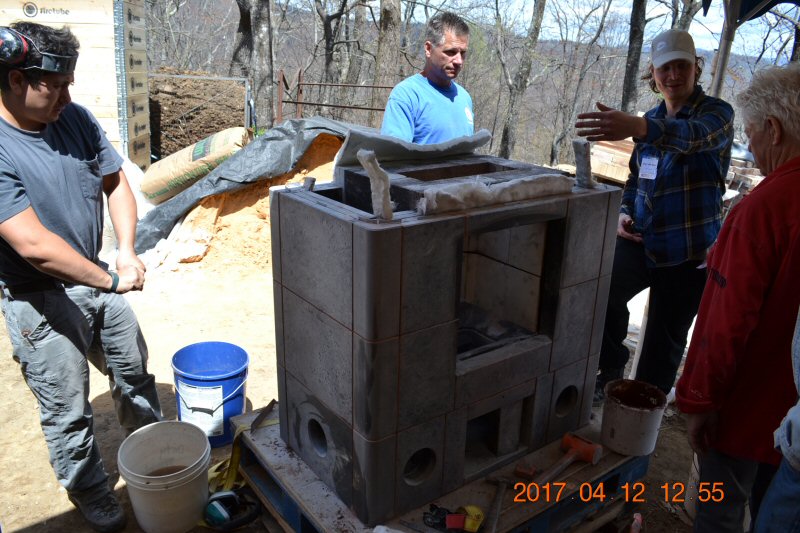 Isoglas insulation is used as gasket and in the back of the heater if installed near a wall
Onni Ovaskainen (blue shirt, grey cap) is in charge of testing at Tulikivi’s R&D department in Finland. 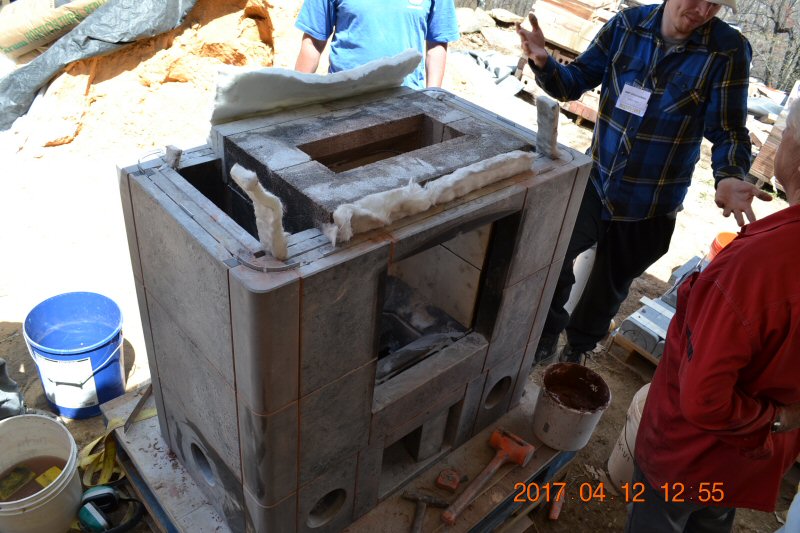 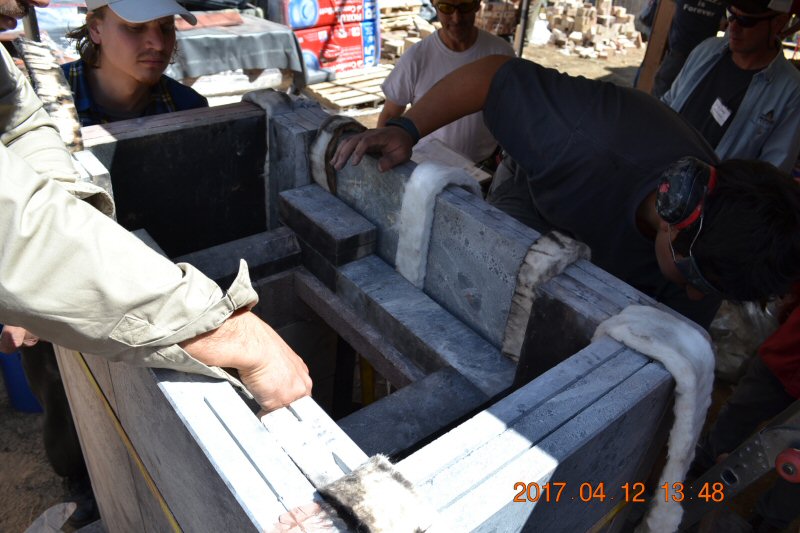 Soapstone firebricks form the throat above the firebox. 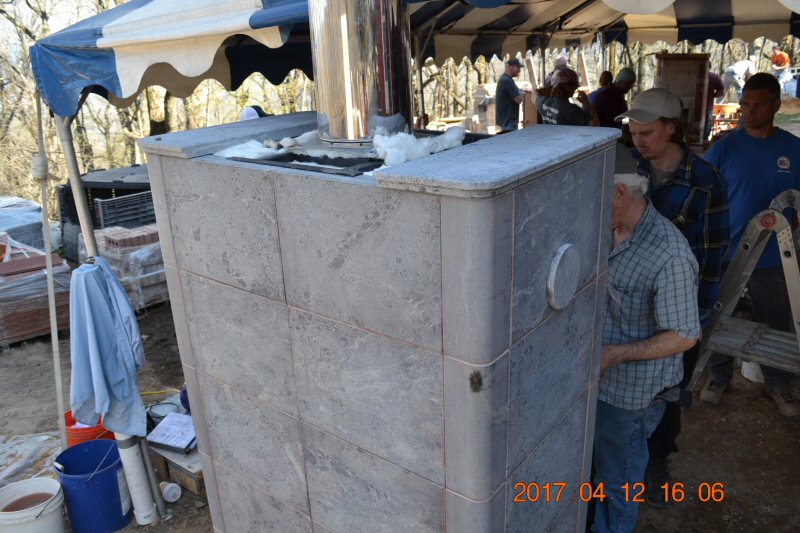 The chimney is supported by a steel bracket. The capping stones were not installed because it would have required cutting a hole in them. 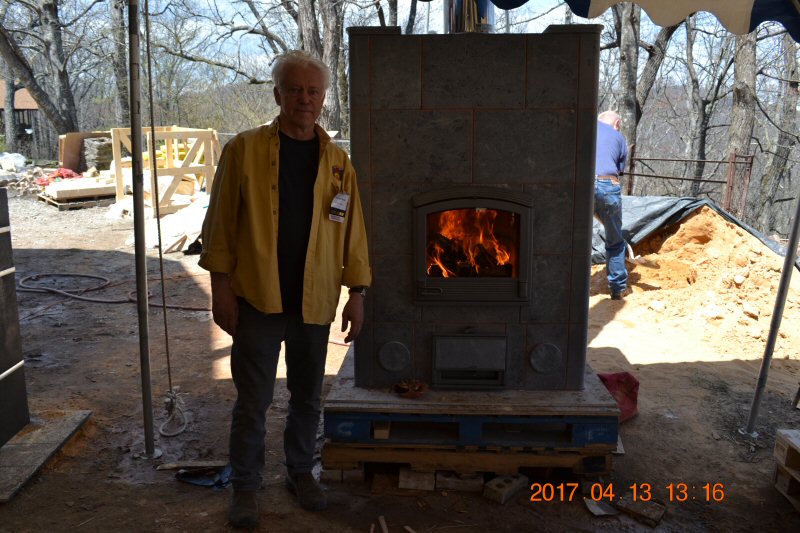 Doug Hargrave is the owner of Mid-Atlantic Masonry and a Tulikivi distributor for almost 30 years. 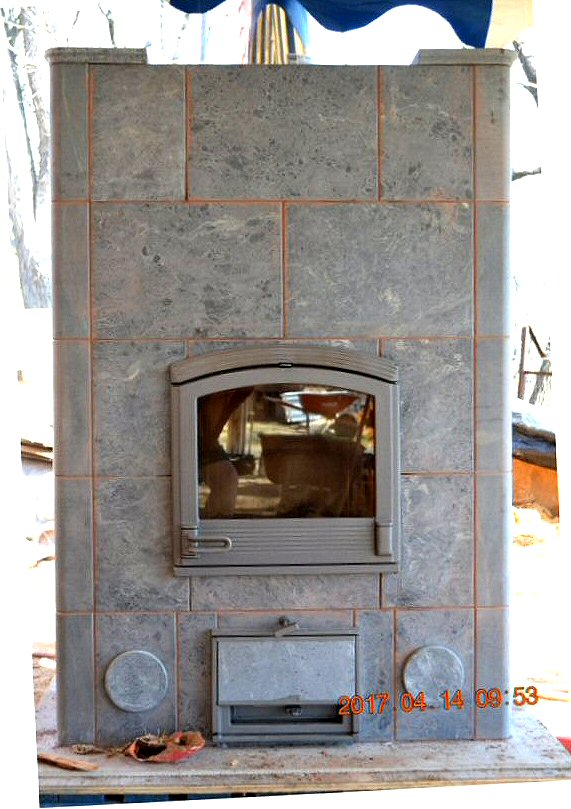 Redart clay slip was used as mortar. On a permanent installation, it would have been soapstone dust mixed with waterglass (sodium silicate). Thanks to precise machining of the stones, joints are only 0.5 millimetre thick (1/64”). 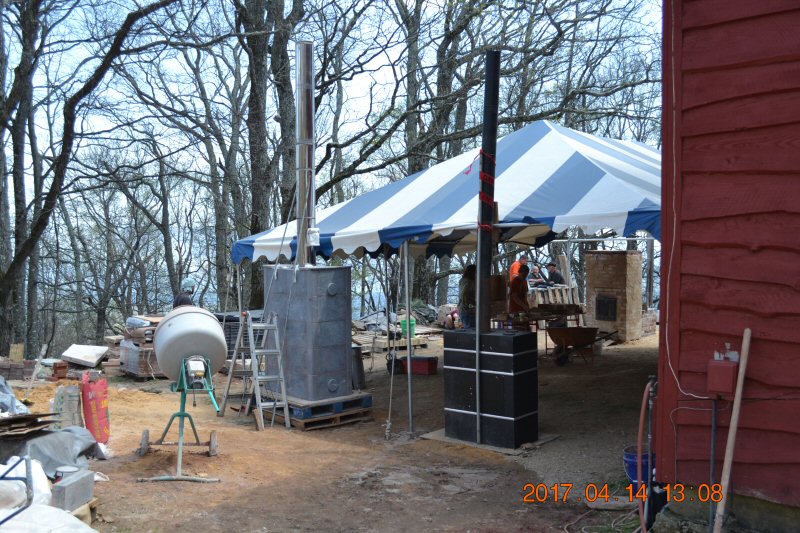