Photo report by Norbert Senf
This page was last updated on January 20, 2010 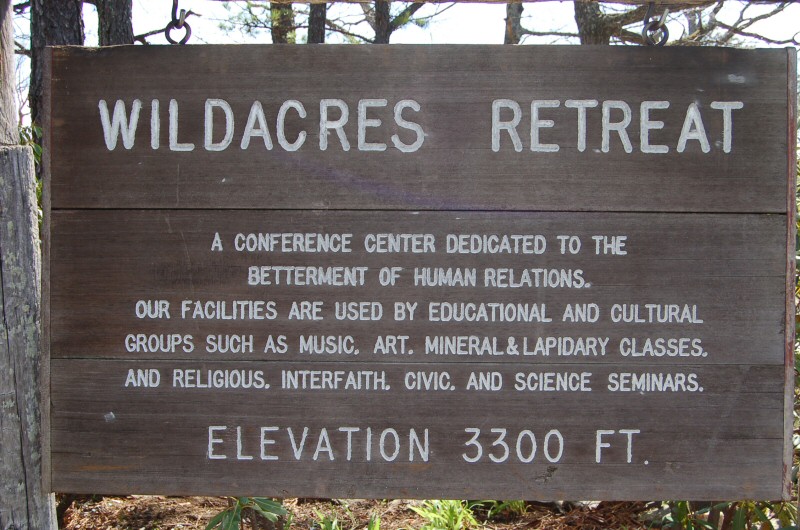 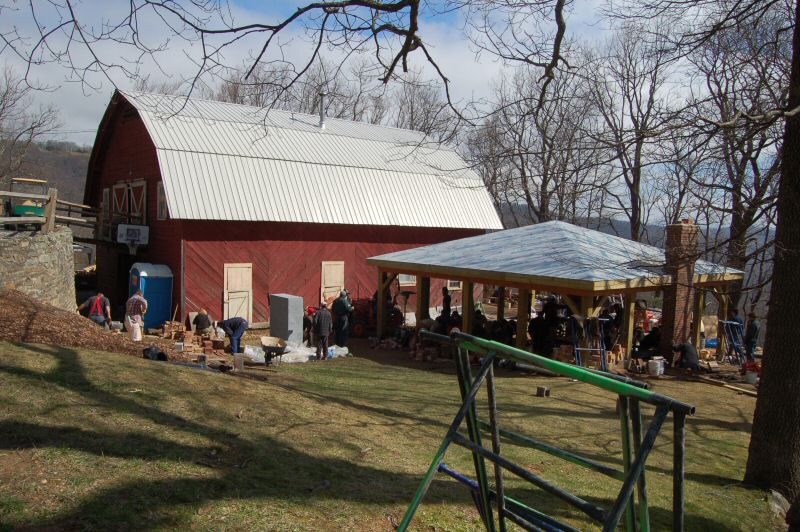 The new pavillion beside the barn was ready just in time for our meeting. It was a tremendous asset during some wet weather and
made a wonderful social gathering place, particularly with several masonry heaters producing heat. 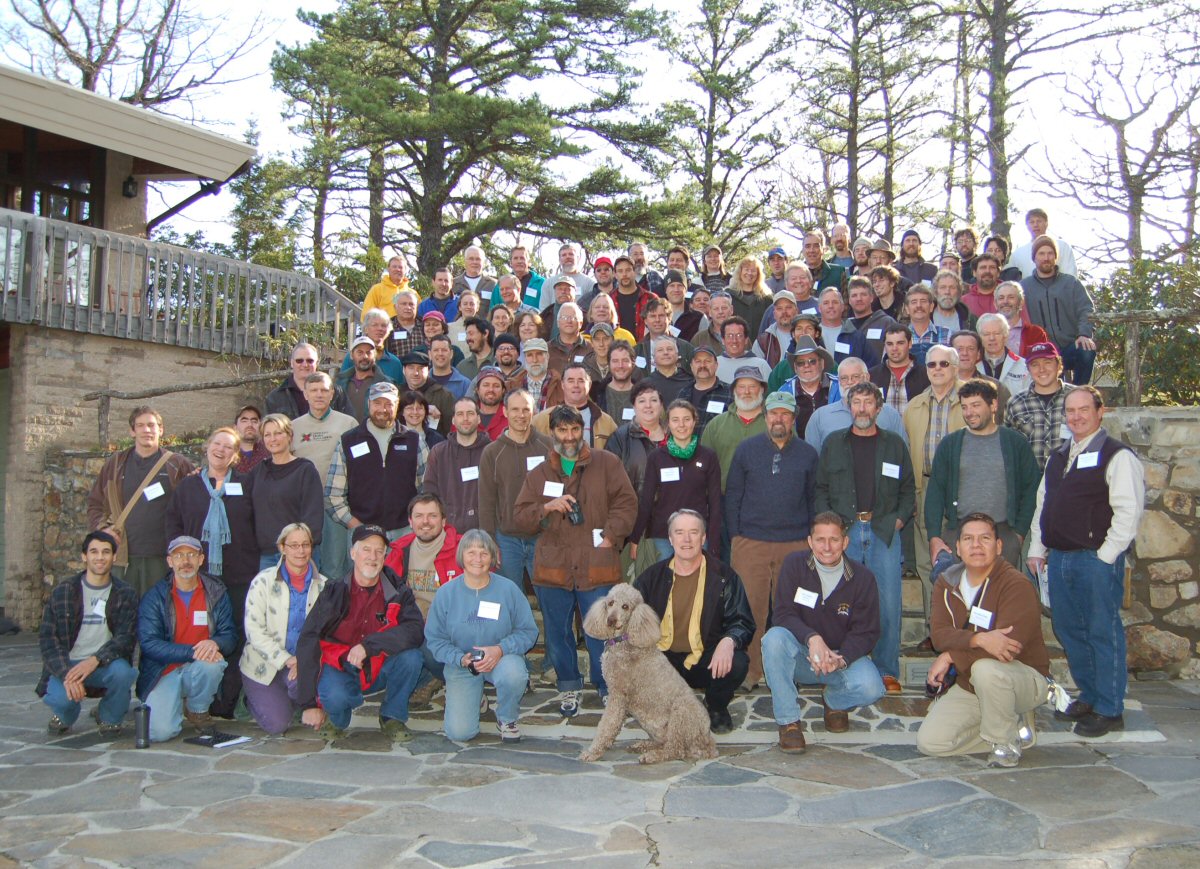 (scroll right)
high resolution version
2009 group photo. Attendance was 100, which is 54% higher than 2008..
Initial feedback has been 100% positive.
About 70% of the attendees were new. This included a significant contingent of young professionals in their 20's, which is wonderful news for the future of masonry heaters and sustainable heating. 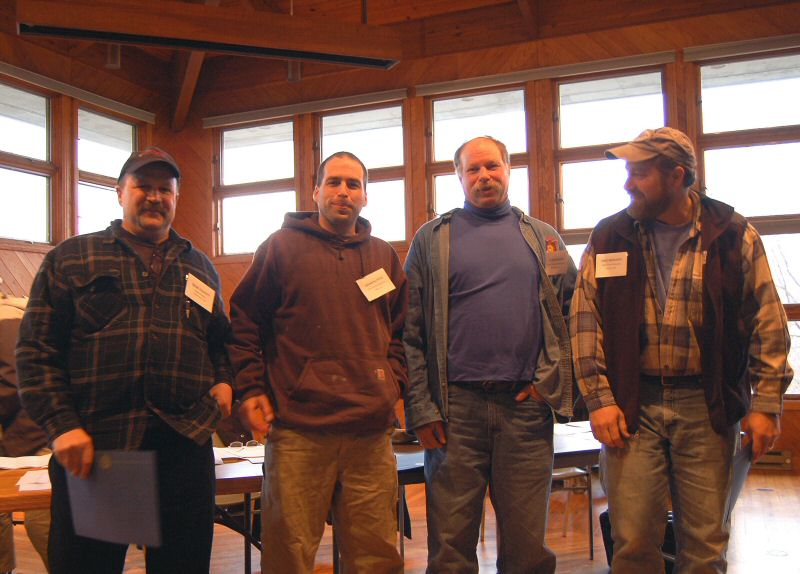 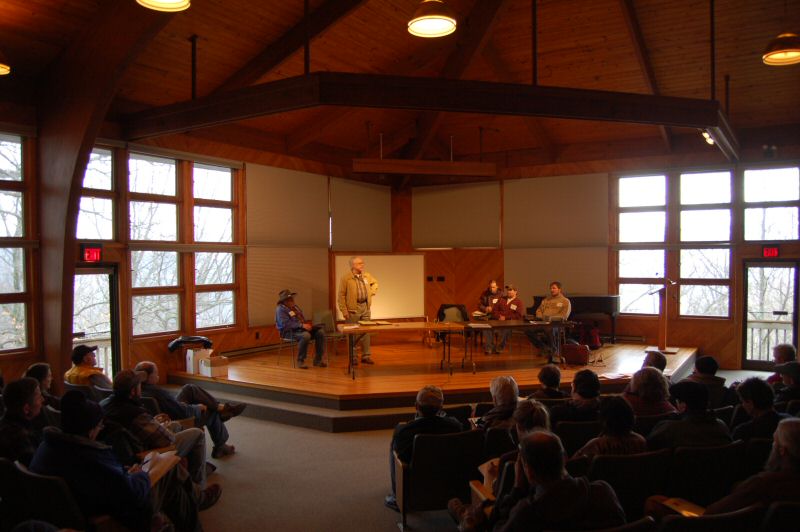 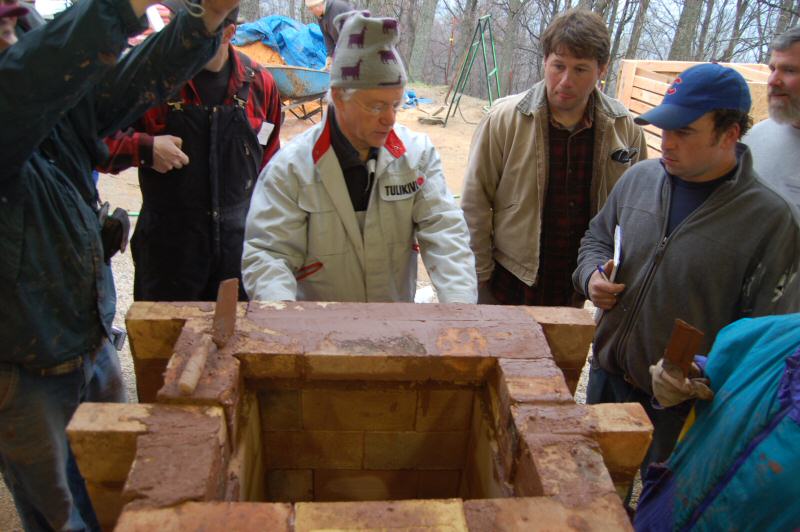 5 run soapstone/firebrick hybrid hands on . Updated on May 31/09 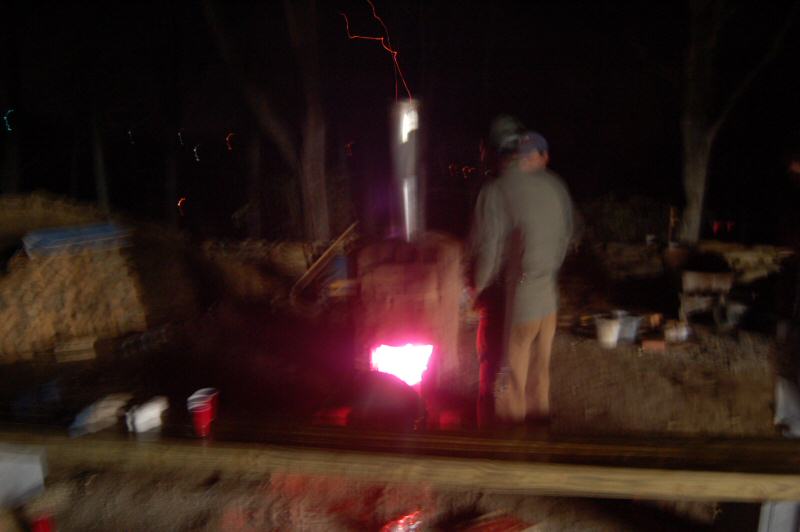 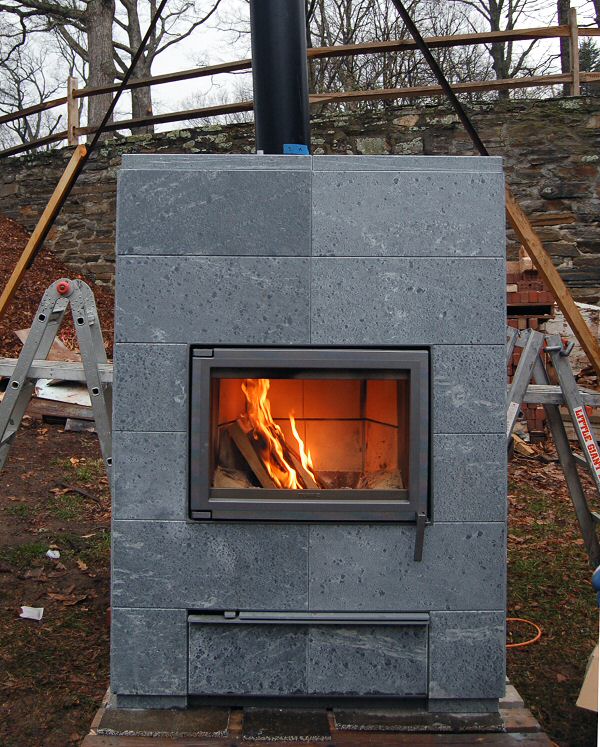 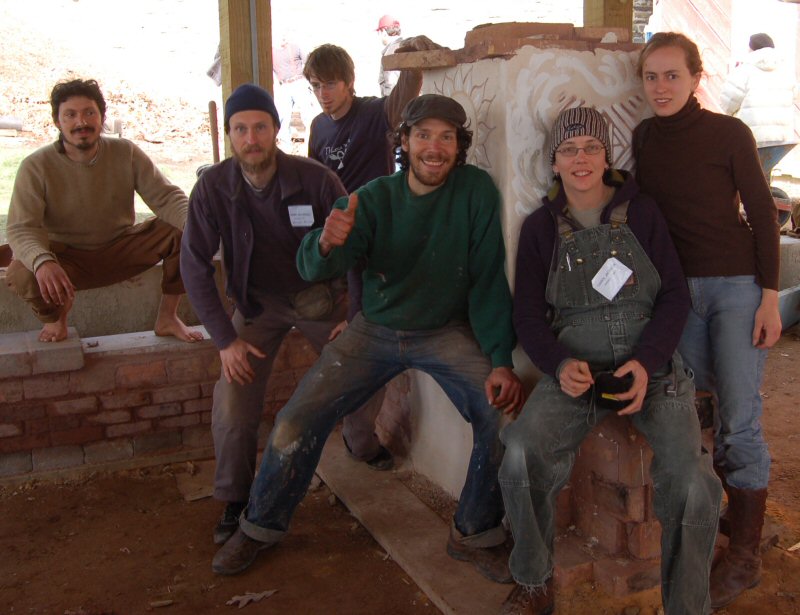 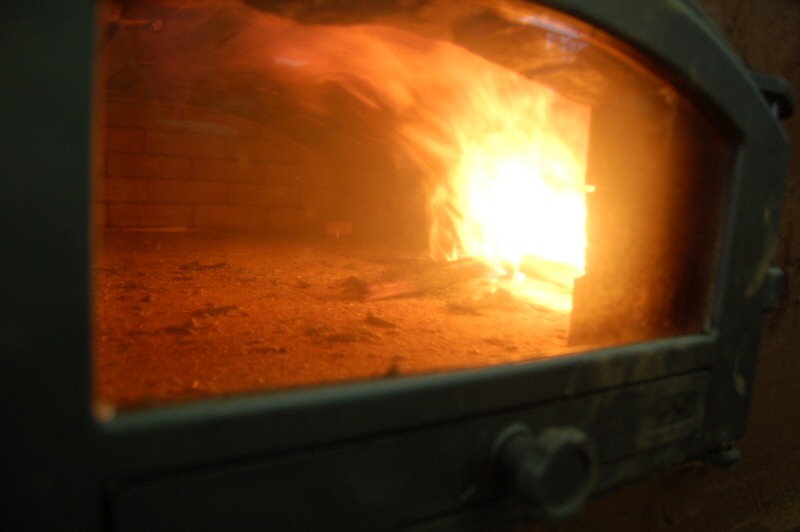 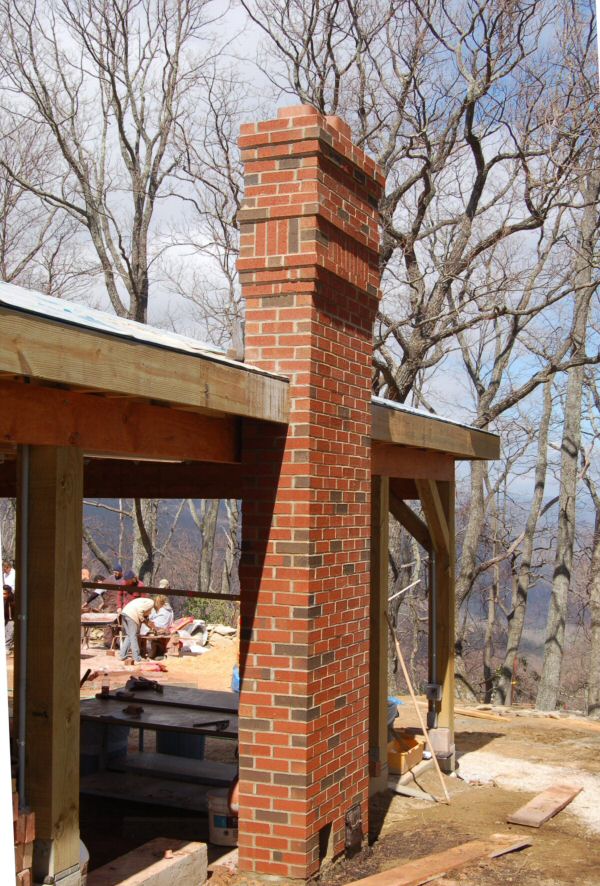 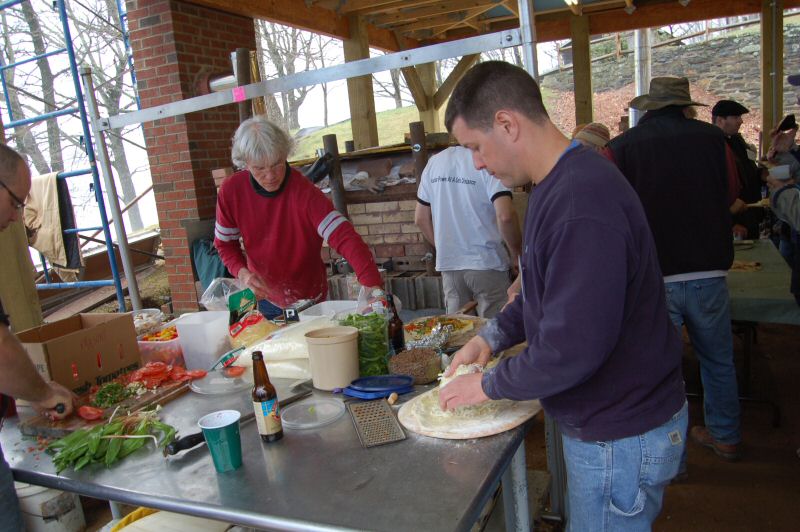 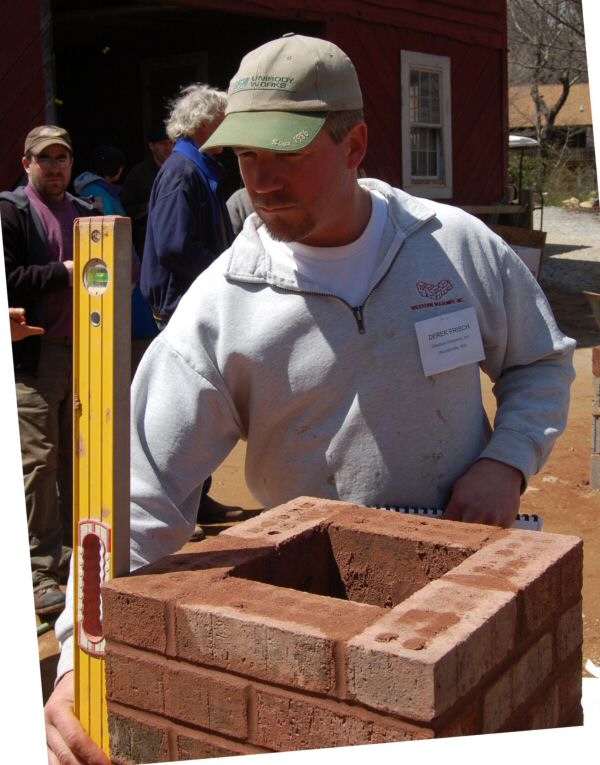 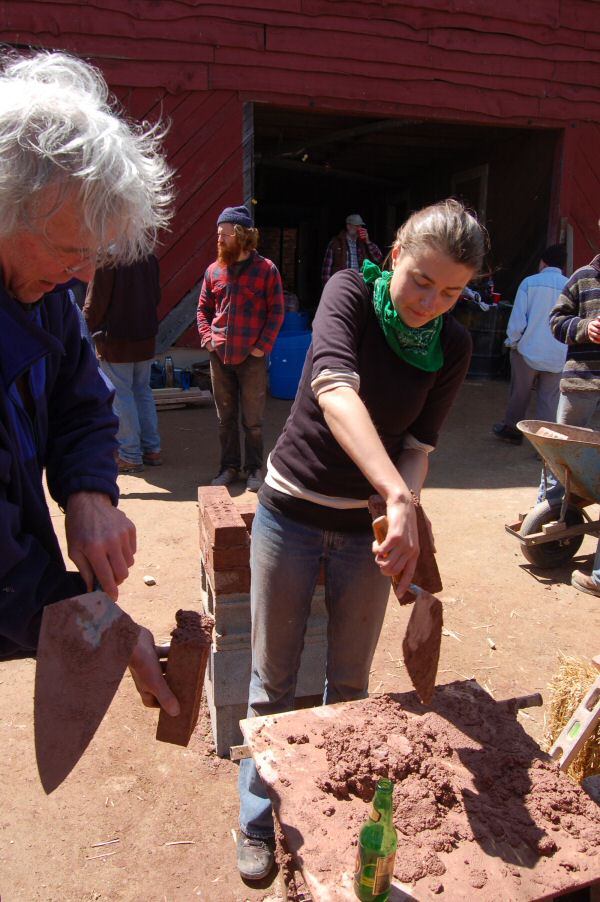 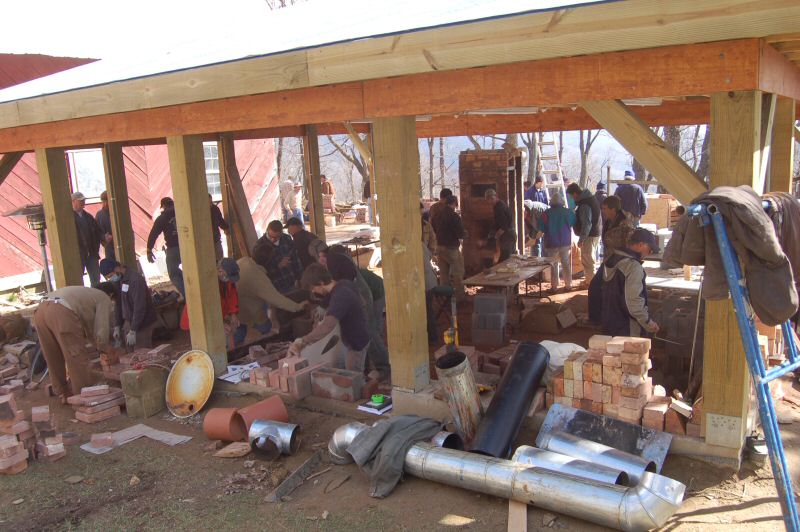 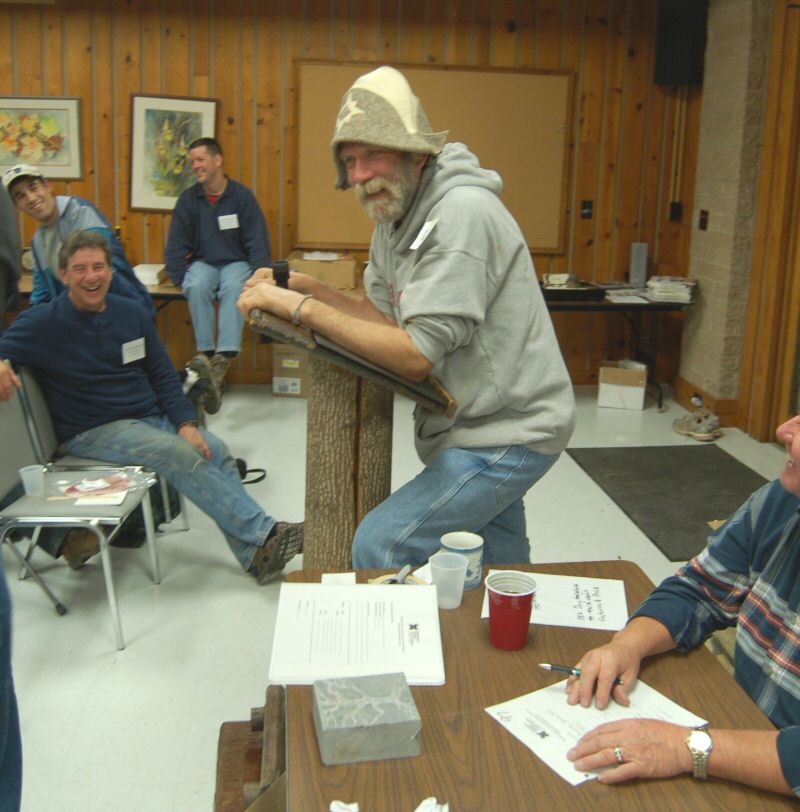 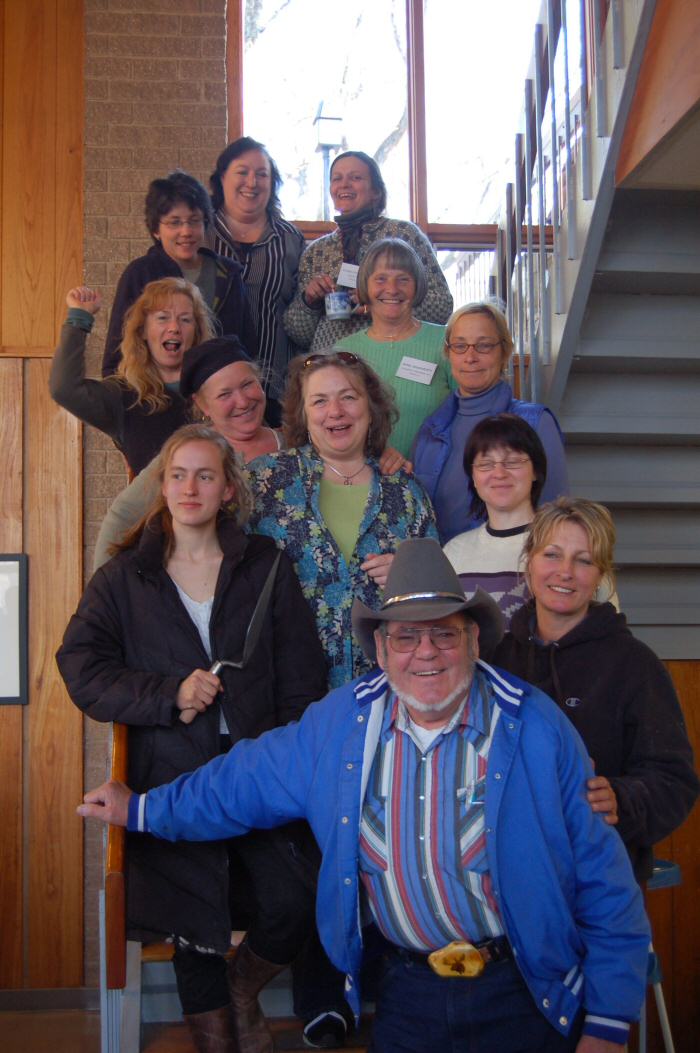 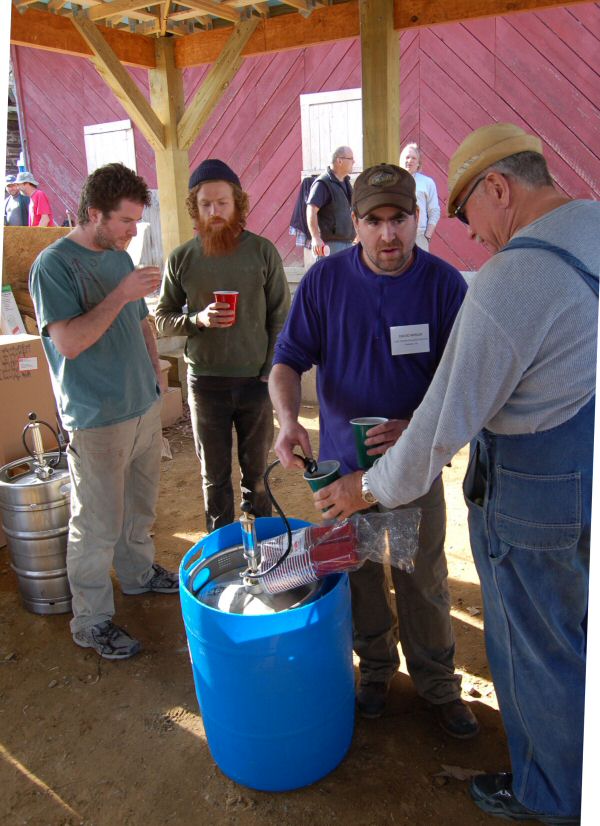 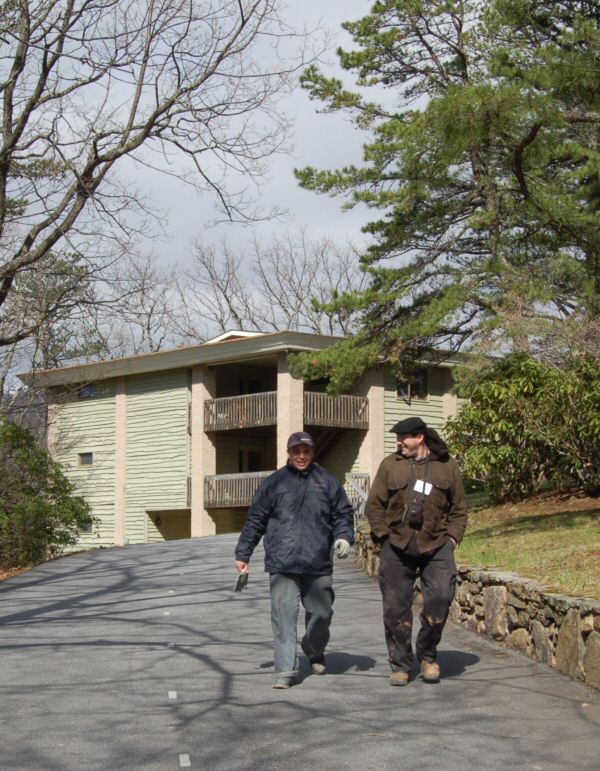 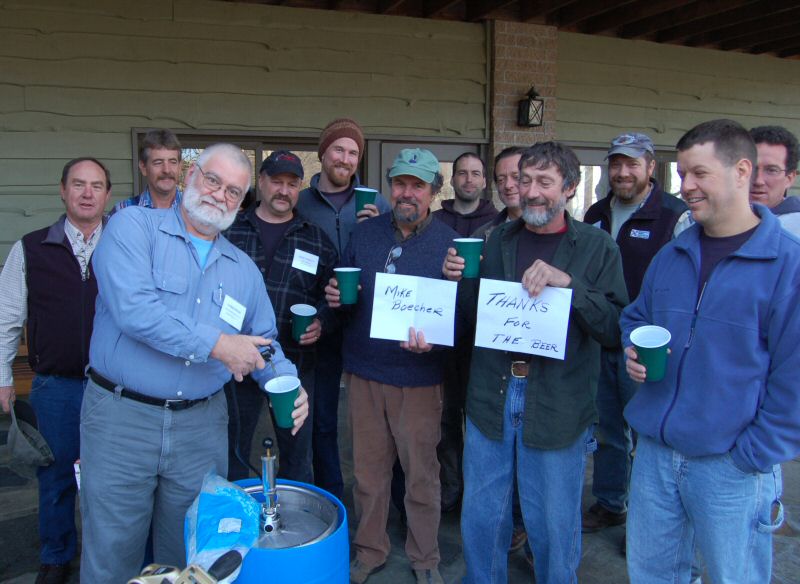 Mike Boecher couldn't make the meeting, but wanted to make a contribution, so sent us $50.00 for beer. Thanks, Mike ! 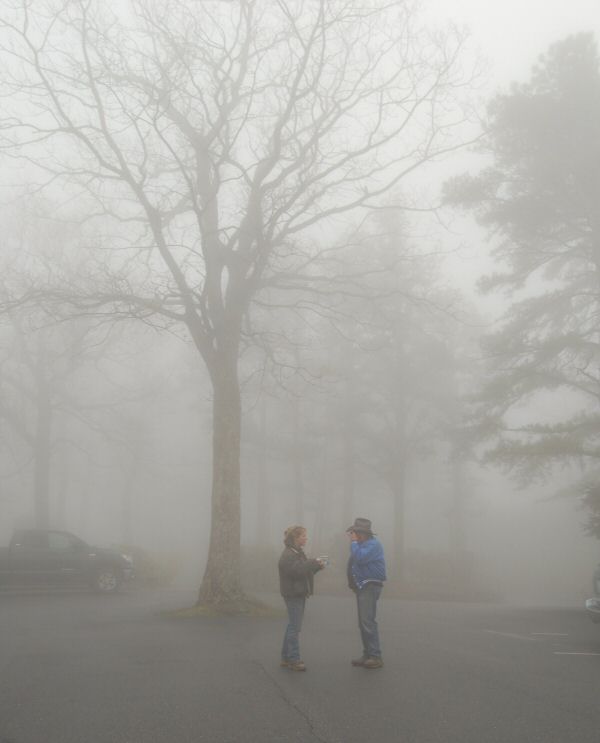 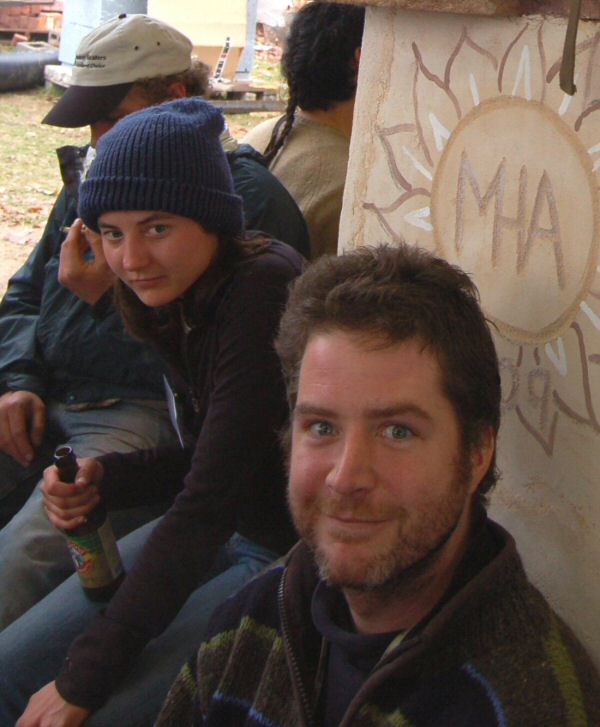 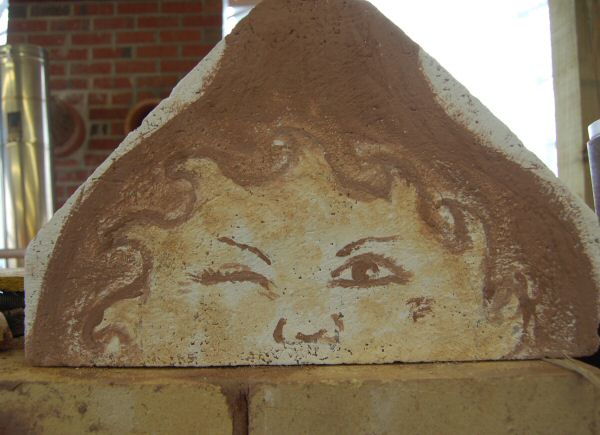 Frank, we missed you. 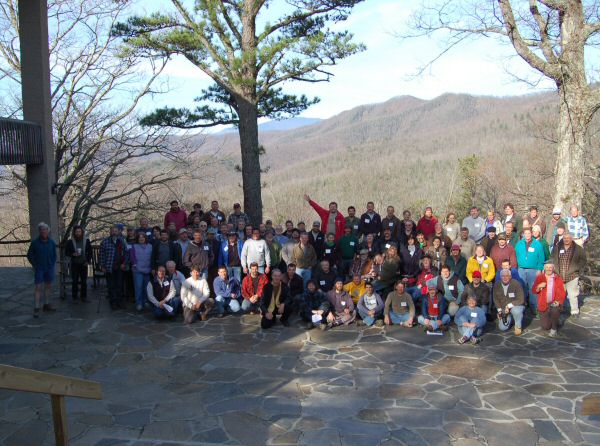 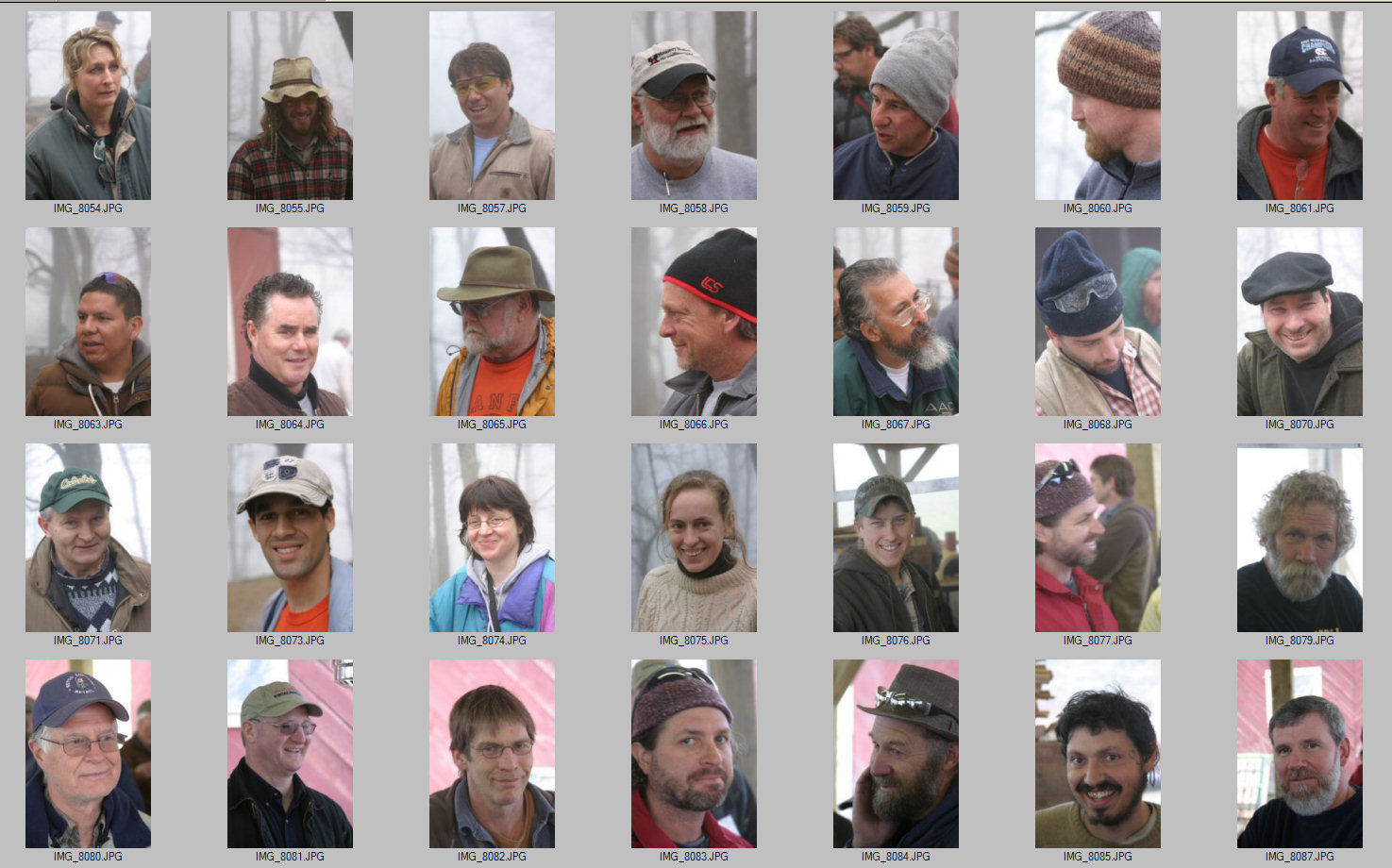 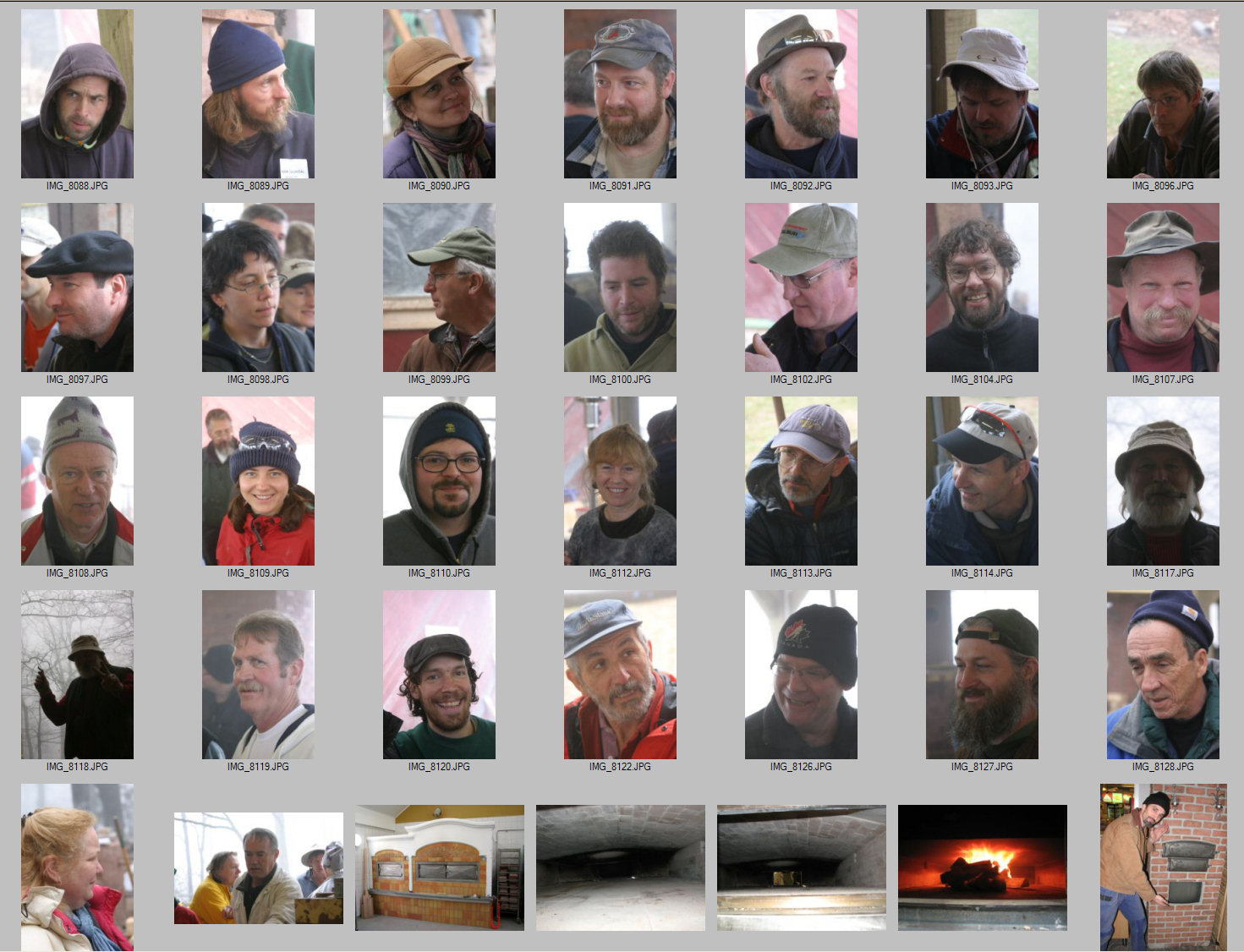 (Scroll right for more people)
Thanks to Tom and April Dougherty for the photos. 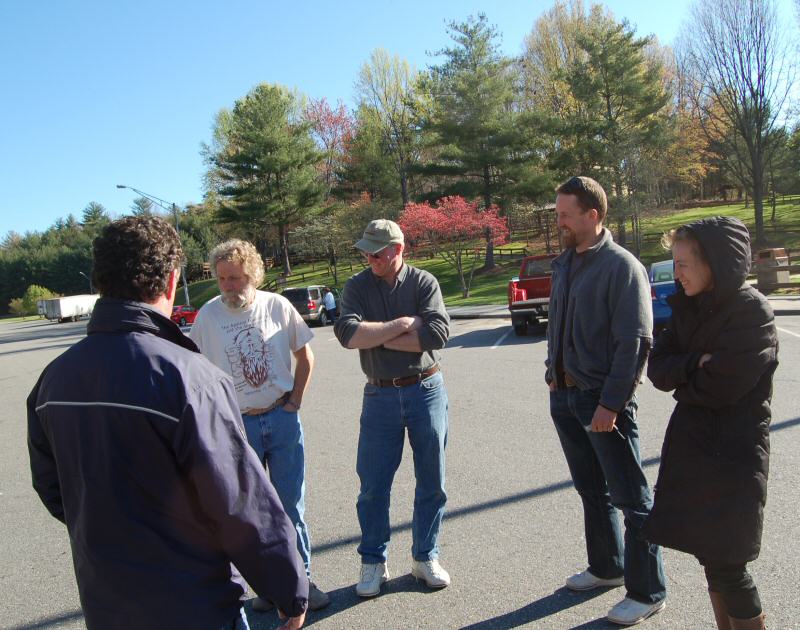 Six of us left Wildacres early Thursday morning and convoyed north towards William Davenport's family hunting lodge in PA,
where the conversations and ideas continued to flow.

Looking forward to next year already. Another great program is already starting to take shape.