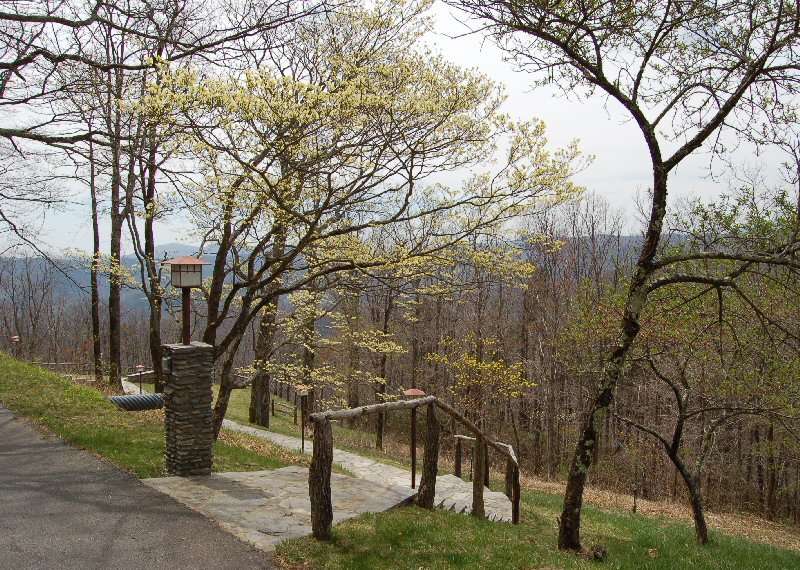 View towards the amphitheatre. We enjoyed 6 days of fabulous weather - not usually a sure thing in the mountains. 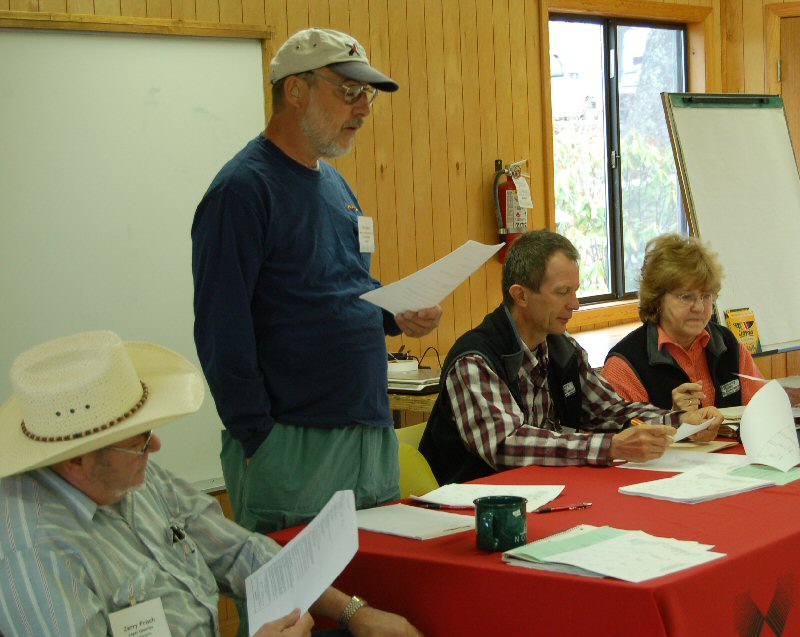 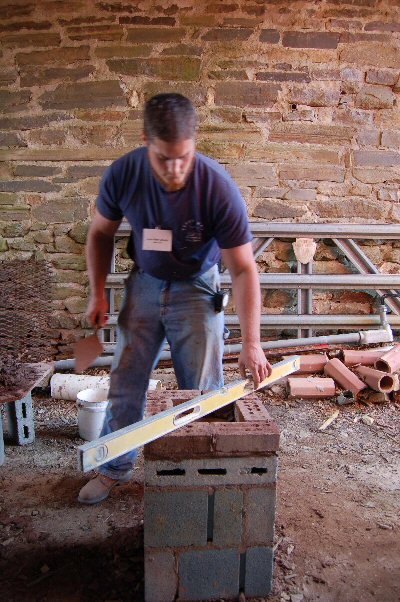 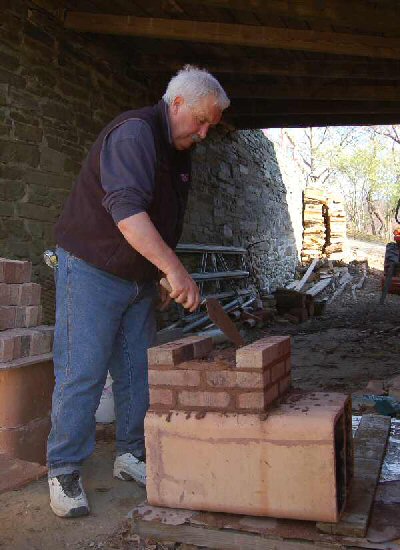 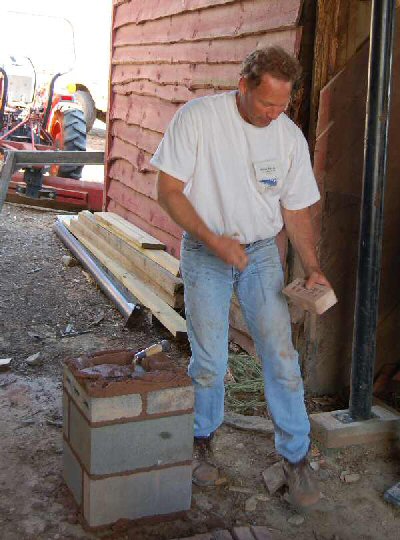 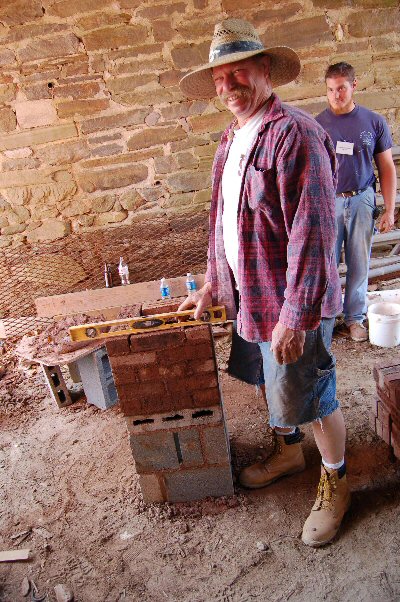 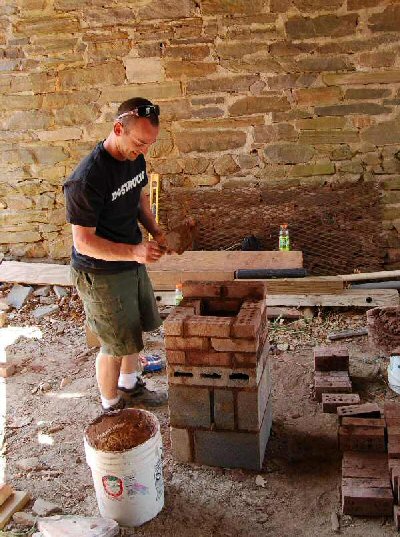 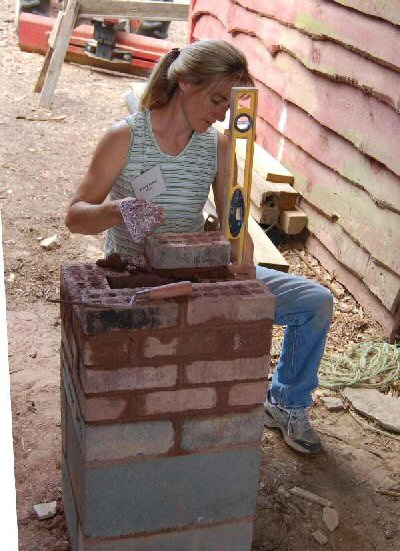 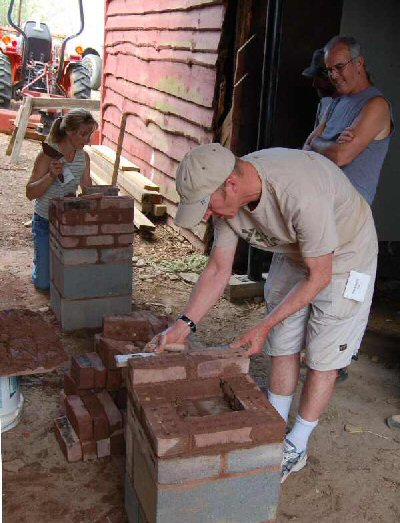 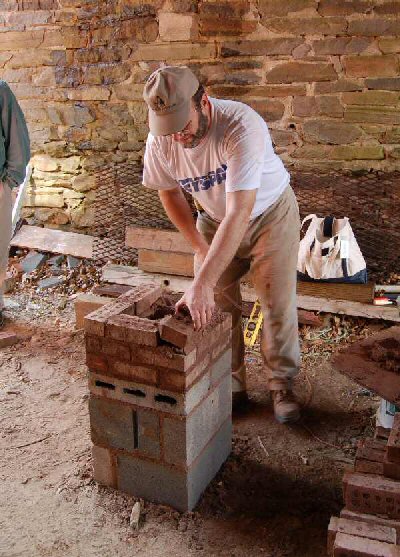 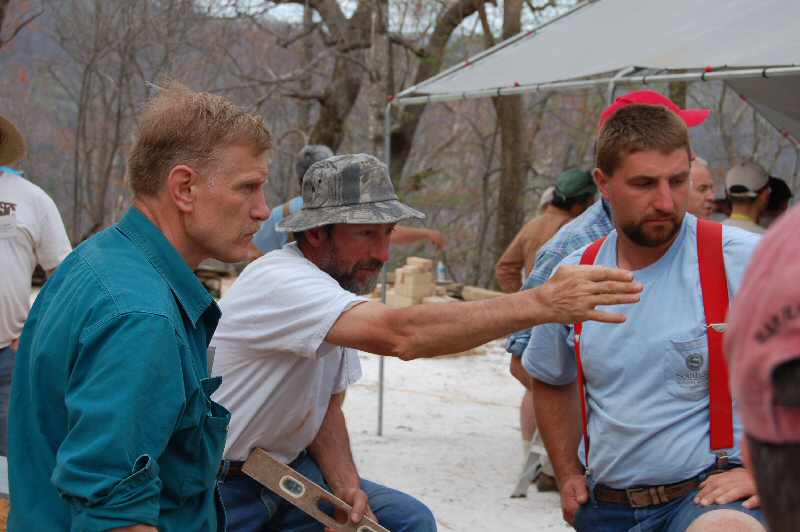 Setting an arch on the bakeoven project. This year the project was led by renowned New England bake oven builder Peter Moore. 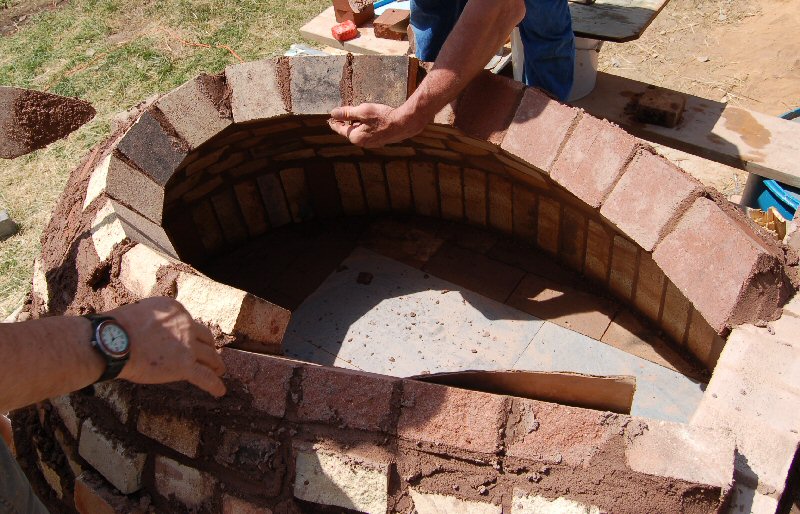 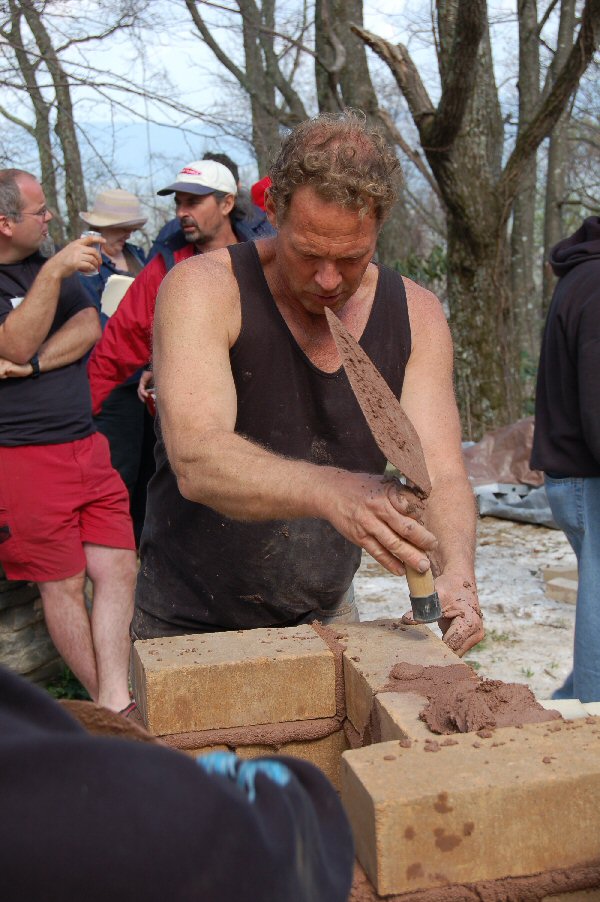 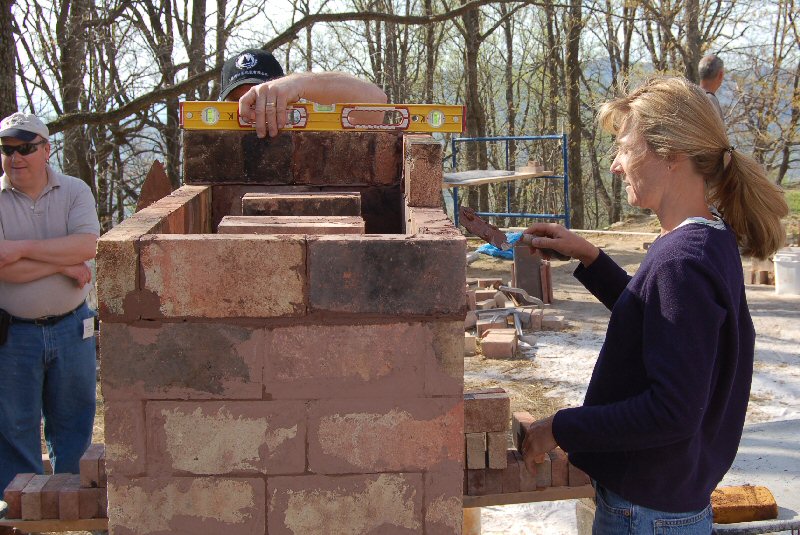 Kristy Lamus works on the bell/contraflow heater that was tested in both configurations.
Photo Report. 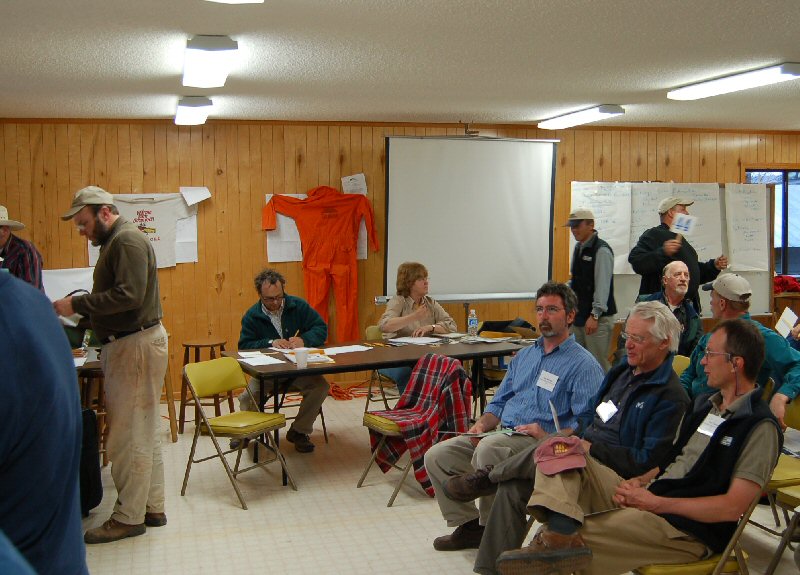 The auction was a huge success and a lot of fun. This year we raised $9,948. Special thanks to Jerry Frisch for his very generous
donation. 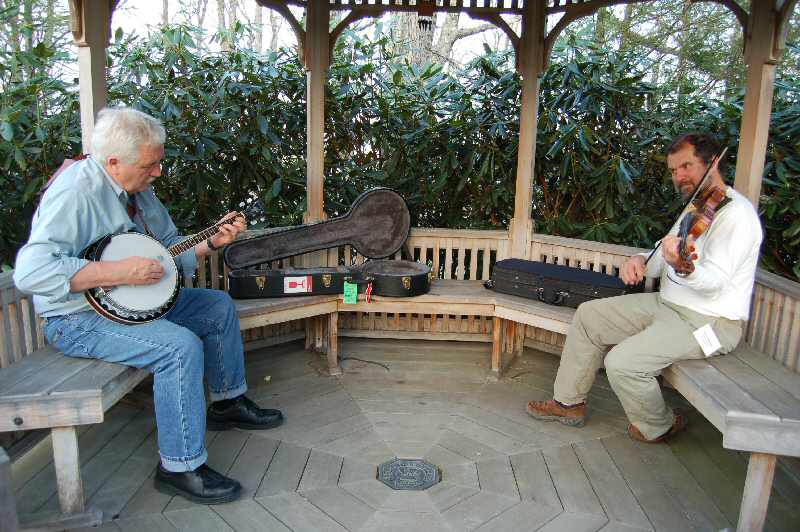 Michael Gilmore and Steve Bushway relaxing in the gazebo. 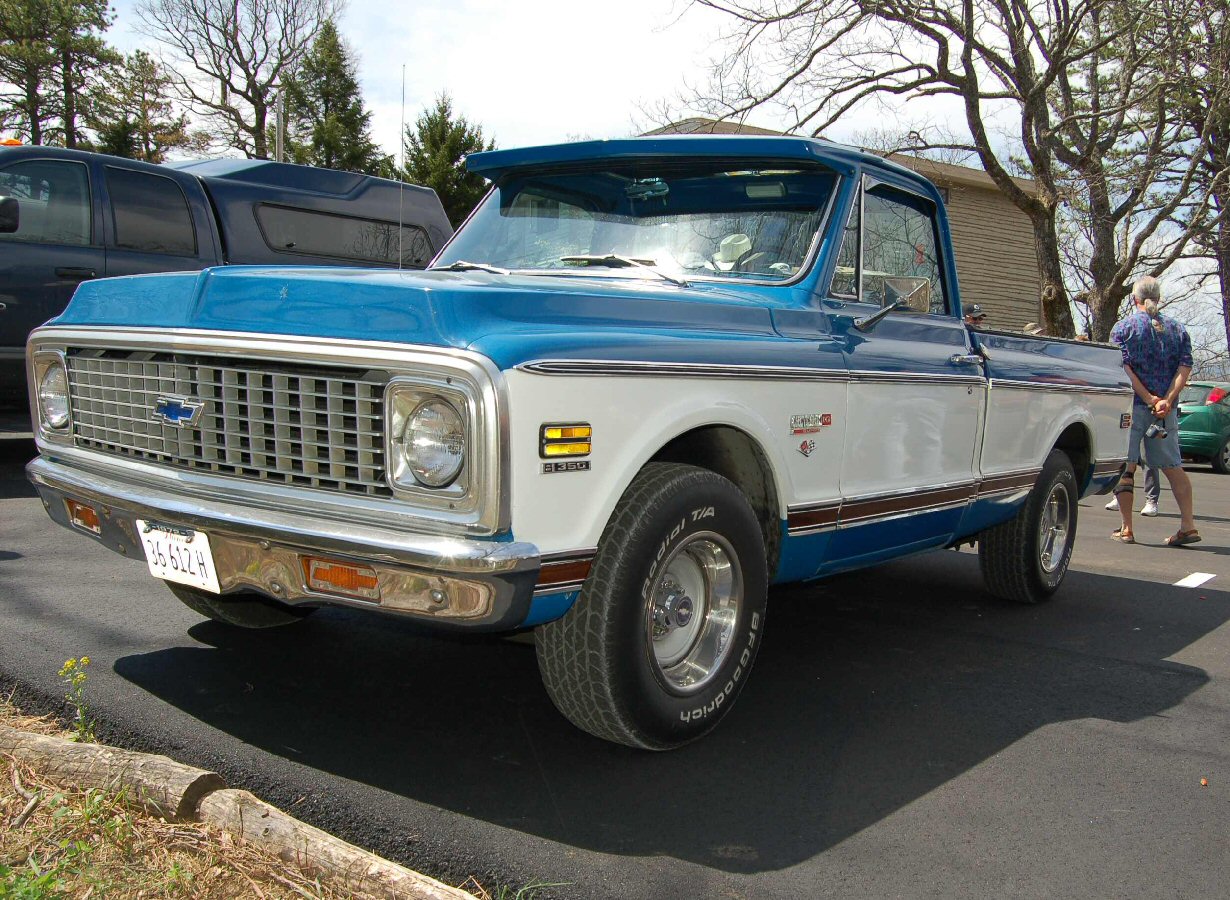 Steve Patzer's cherry '72 Chev pickup, which is his daily driver, and which he restored himself. 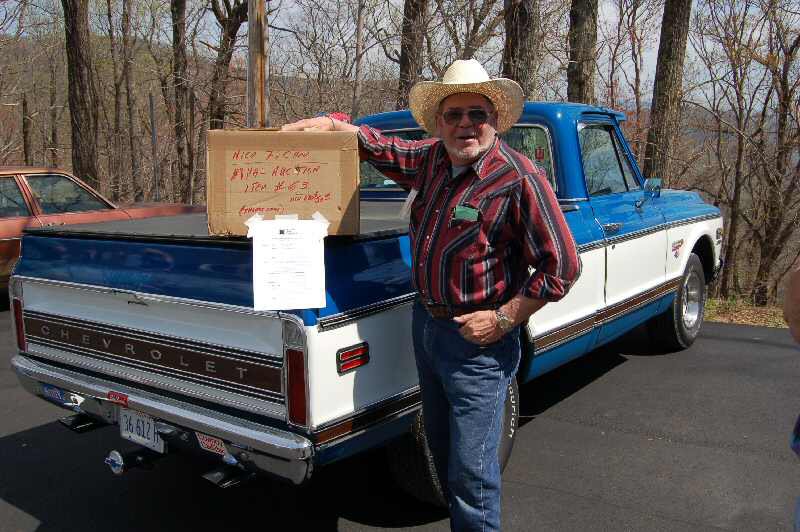 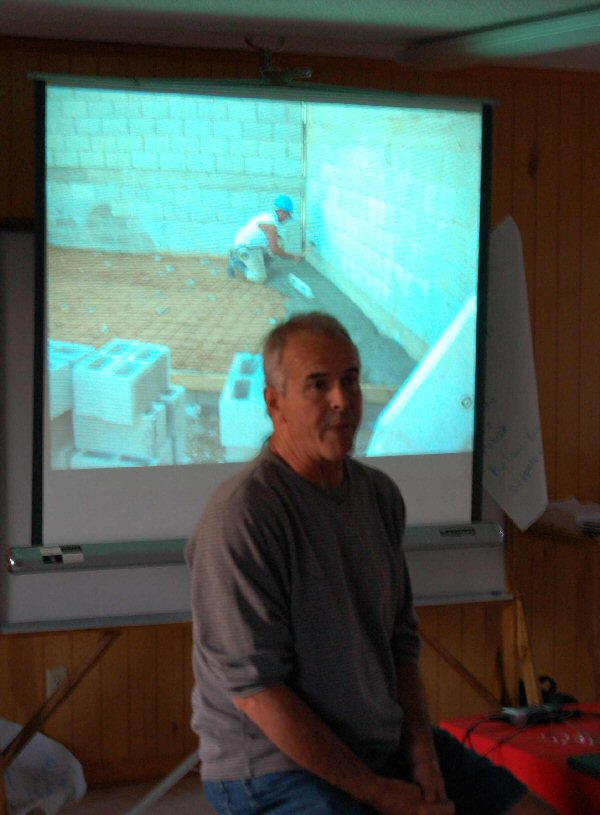 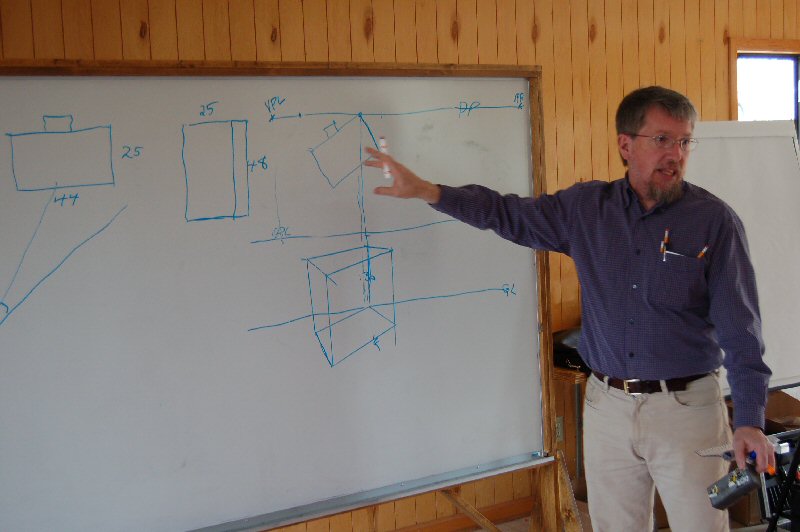 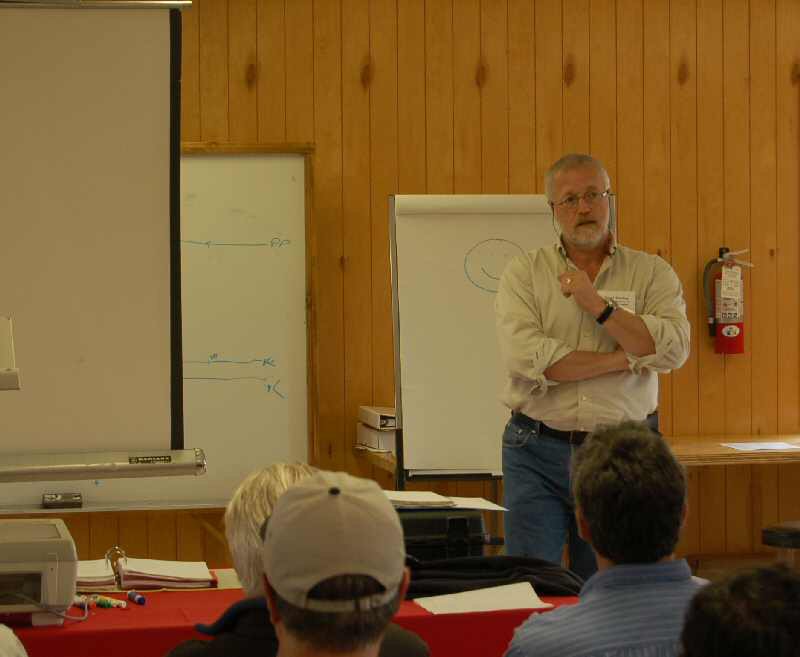 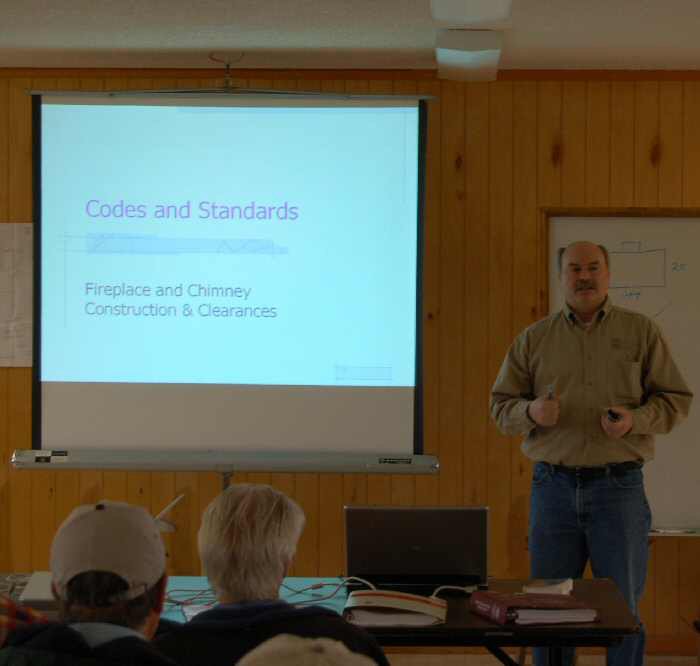 Ashley Eldridge from the CSIA (Chimney Safety Institute of America) gave us a great presentation on code issues as they relate
to heaters.

(Not pictured): Other workshops included: 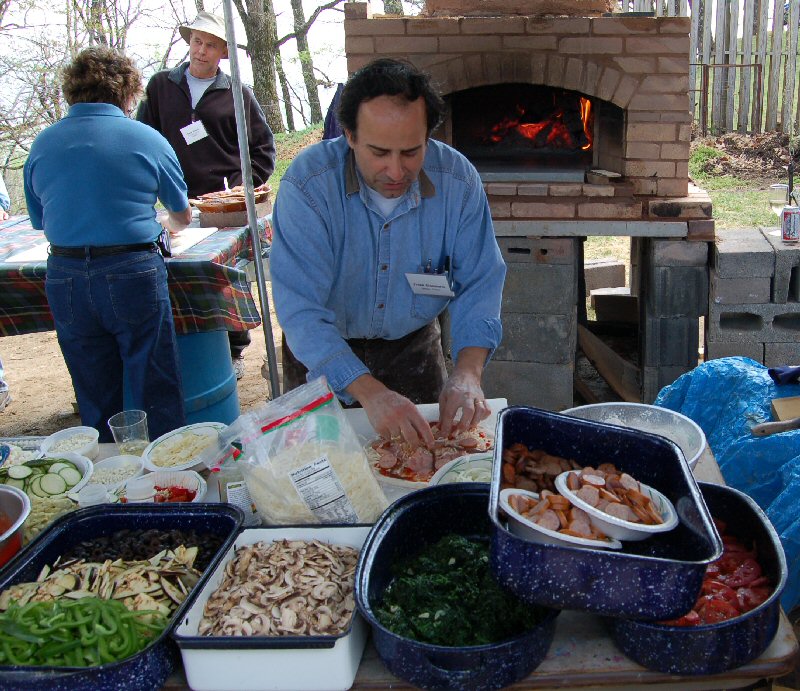 The Pizza Party:
The bakeoven was built and fired under the guidance and supervision of Peter Moore of Pawlet, VT. Frank Giammaria of Montreal was
the very enthusiastic and professional pizza chef.  Hikari Fukazawa and Takuya Wakayama from Japan helped Frank with the pizza dough.

Everyone was involved in creating the 130 pizzas under the guidance of Frank who brought 75 lbs of "pizza goodies" on the plane with him.
This year, we decided not to eat in the dining room after Pizza - we didn't have to! 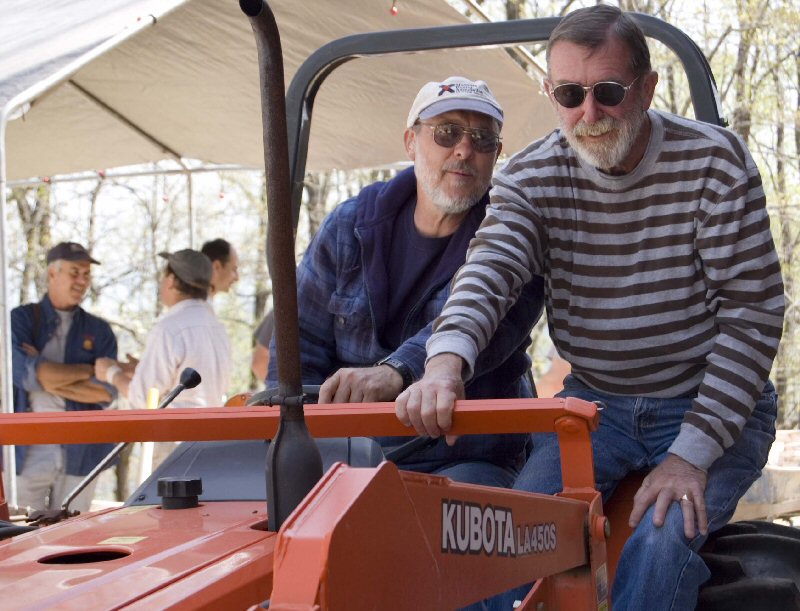 Cleanup:
Everything was torn down. Gary Hart and Jim Pervis "working" on the tractor. 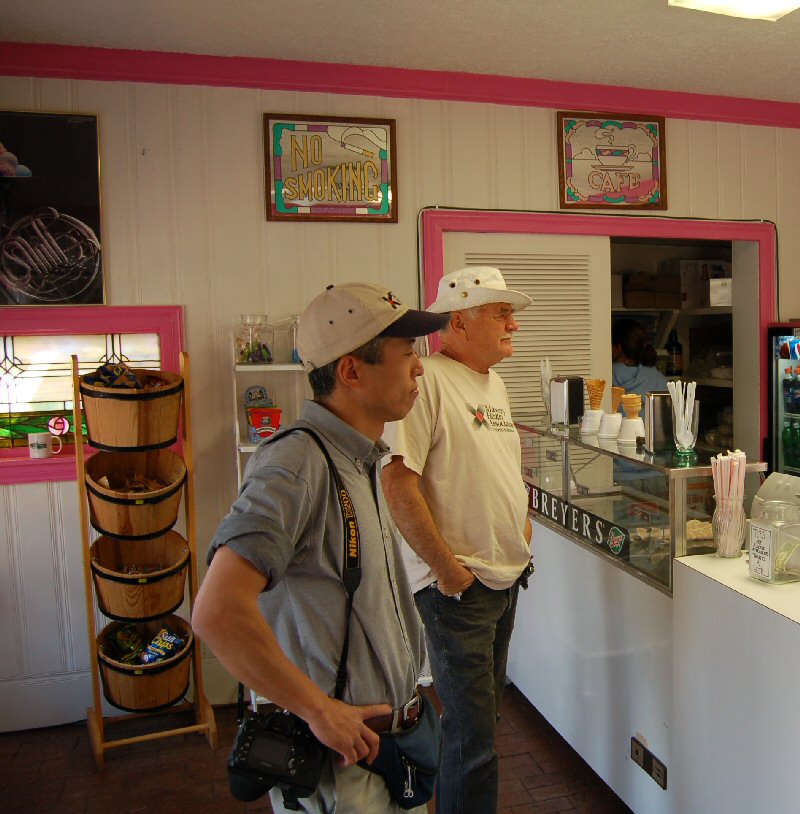 Ben Sotero and Takuya Wakayama contemplating the ice cream choices in Little Switzerland.
Ben is a mason from northern California, and Takuya is an engineer from Japan who heats his house with a Tulikivi. 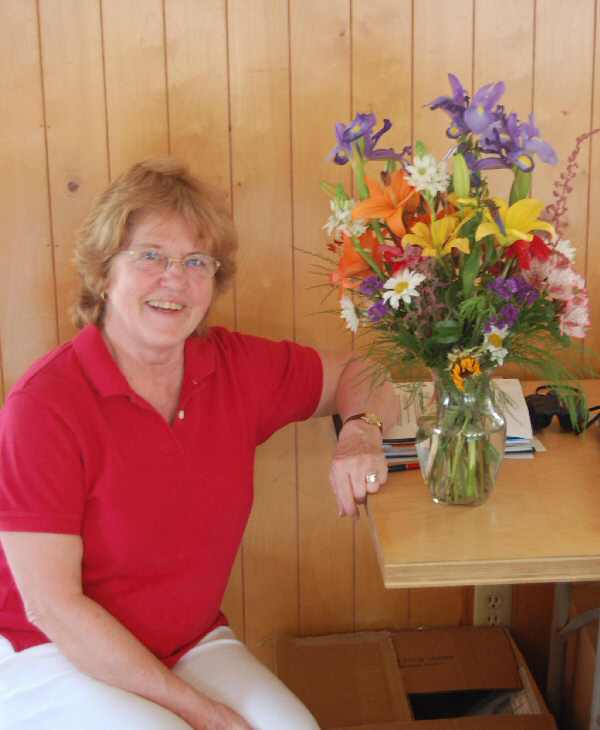 Flowers presented to retiring MHA Administrator Bev Marois.
Bev has agreed to remain on as our Executive Director.

Jerry, Alex and I left Wildacres on Thurday morning.
We drove to Toronto to attend an ASTM masonry heater meeting, and had
further adventures