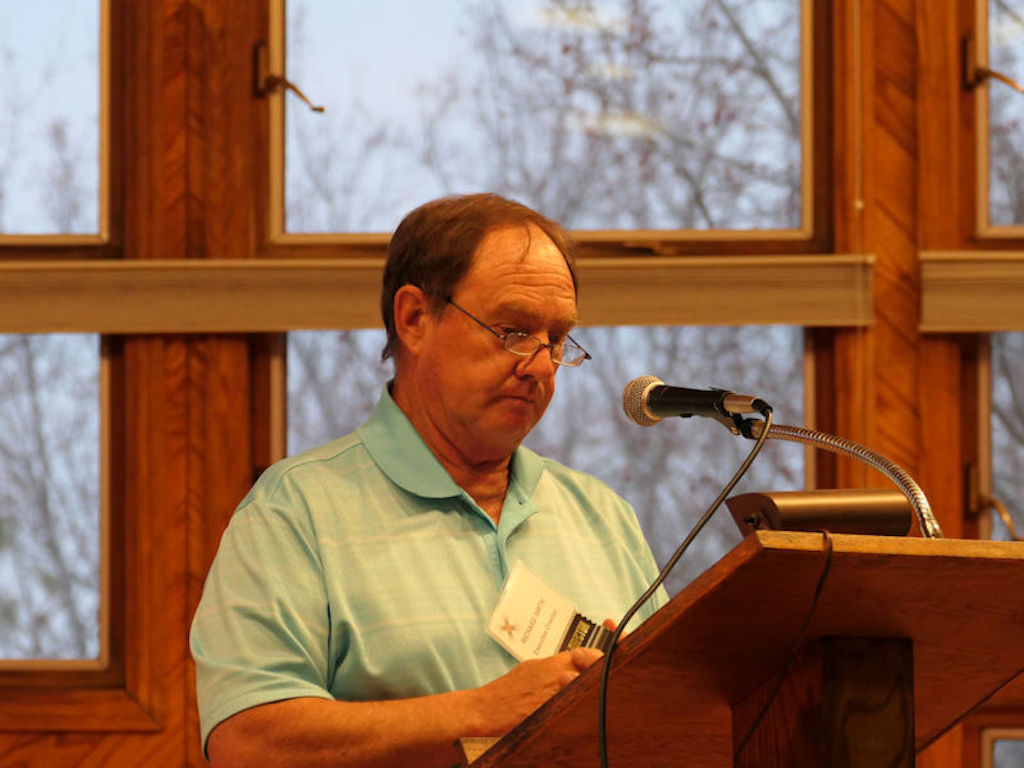 MHA's long time Executive Director Richard Smith is retiring from his role this year.
It has been a great run for everyone involved. 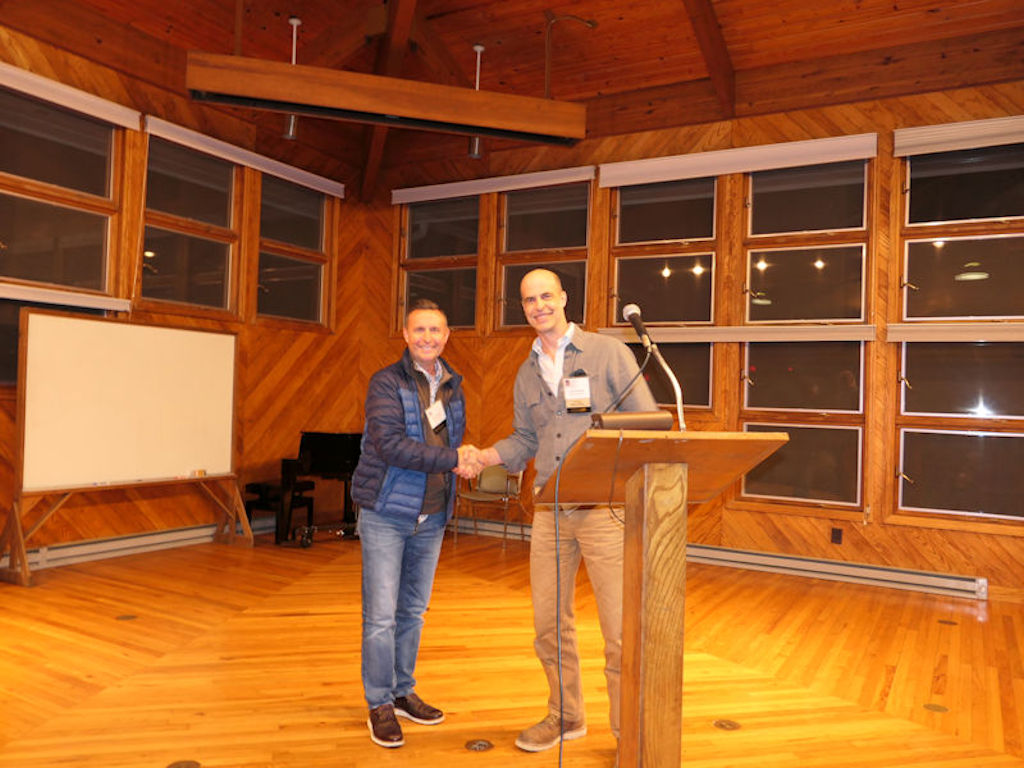 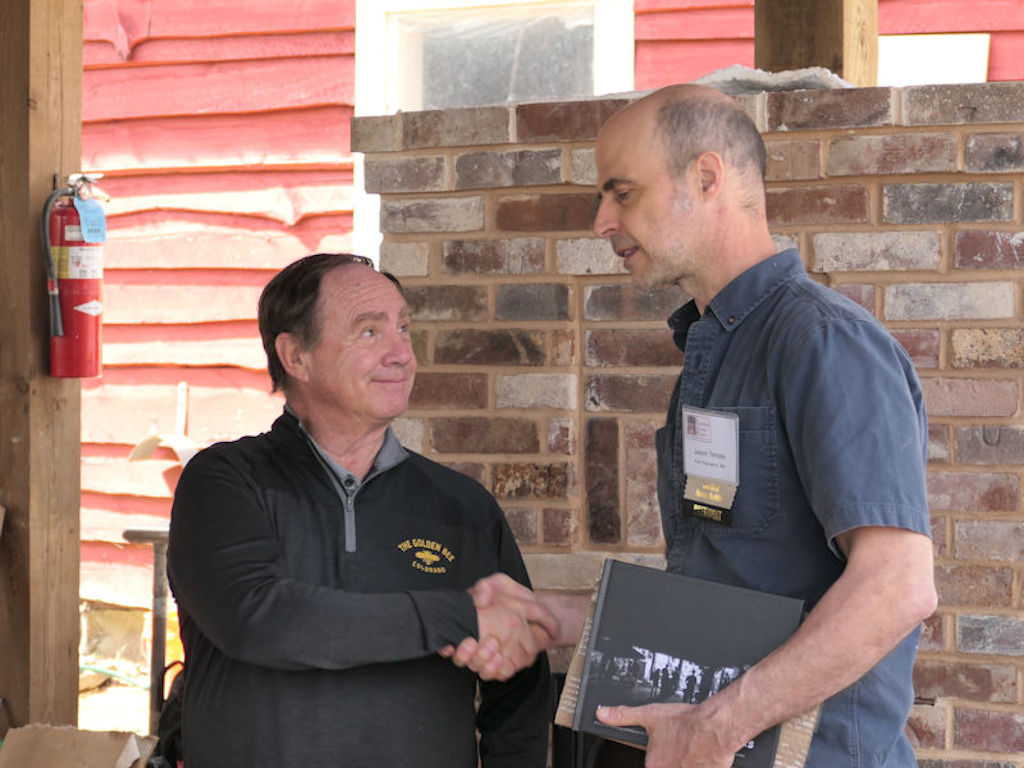 Going away ceremony for Dick Smith before the pizza party on Friday. MHA's president Jason Temple doing the honors. 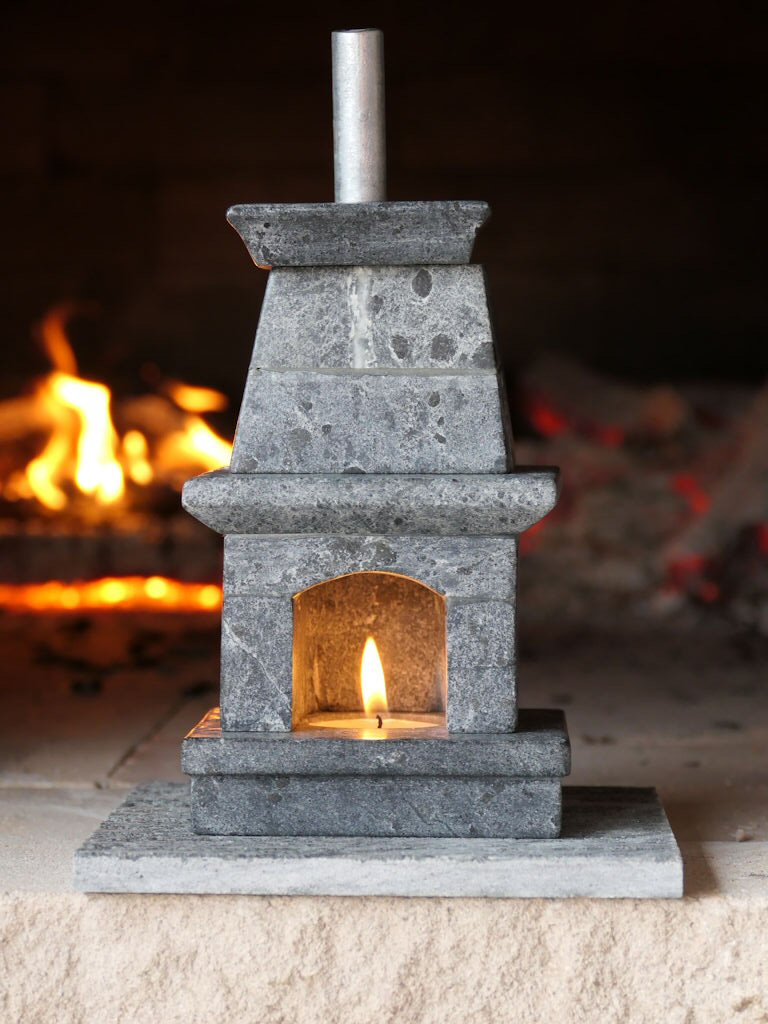 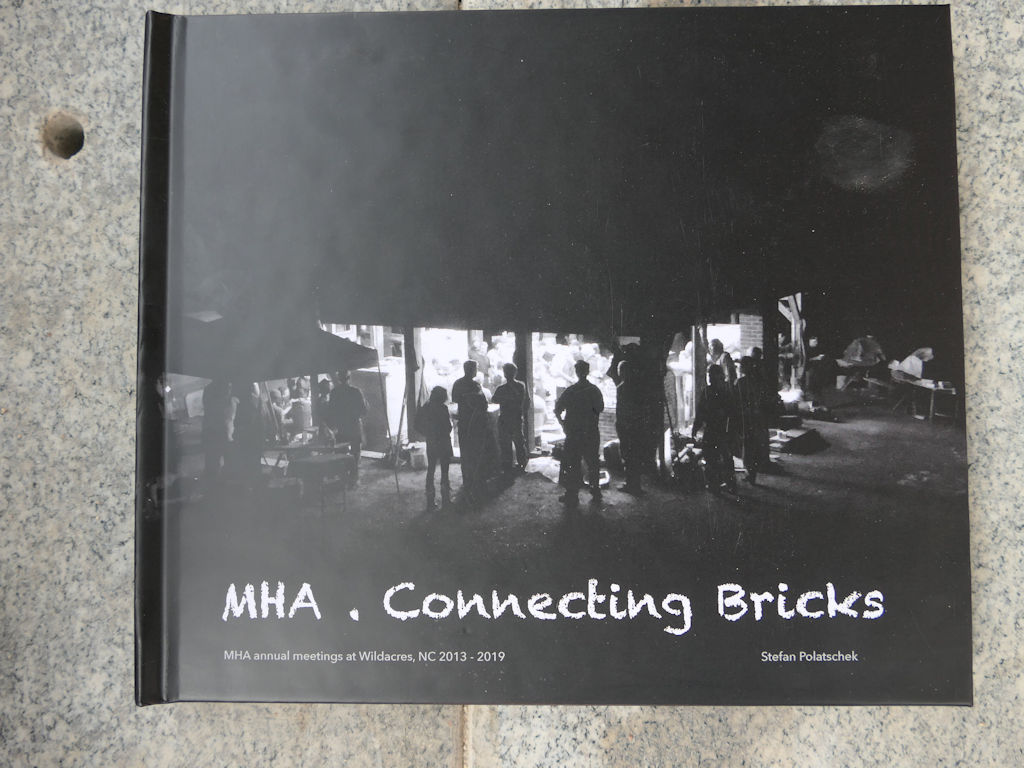 Stefan Polatschek from Austria has taken many great people photos at Wildacres over the years. He created this unique book to commemorate the annual gatherings, and a specially printed copy was presented to Dick. 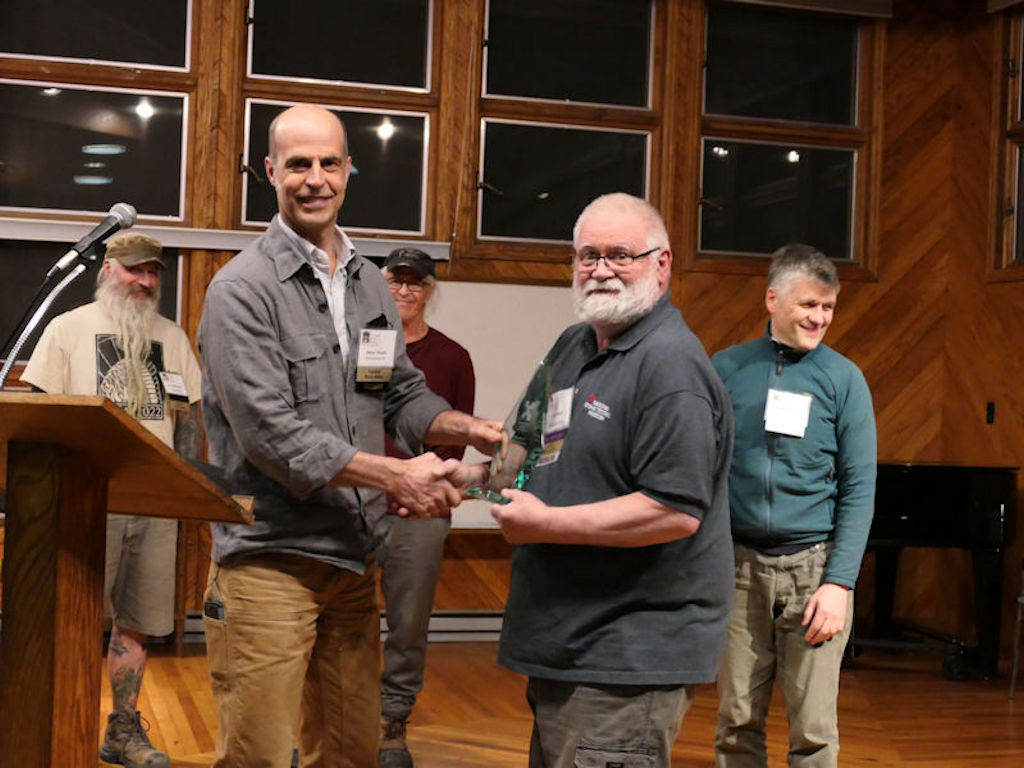 The Jerry Frisch Award was presented this year to Chris Prior, for his outstanding contributions to the organization. 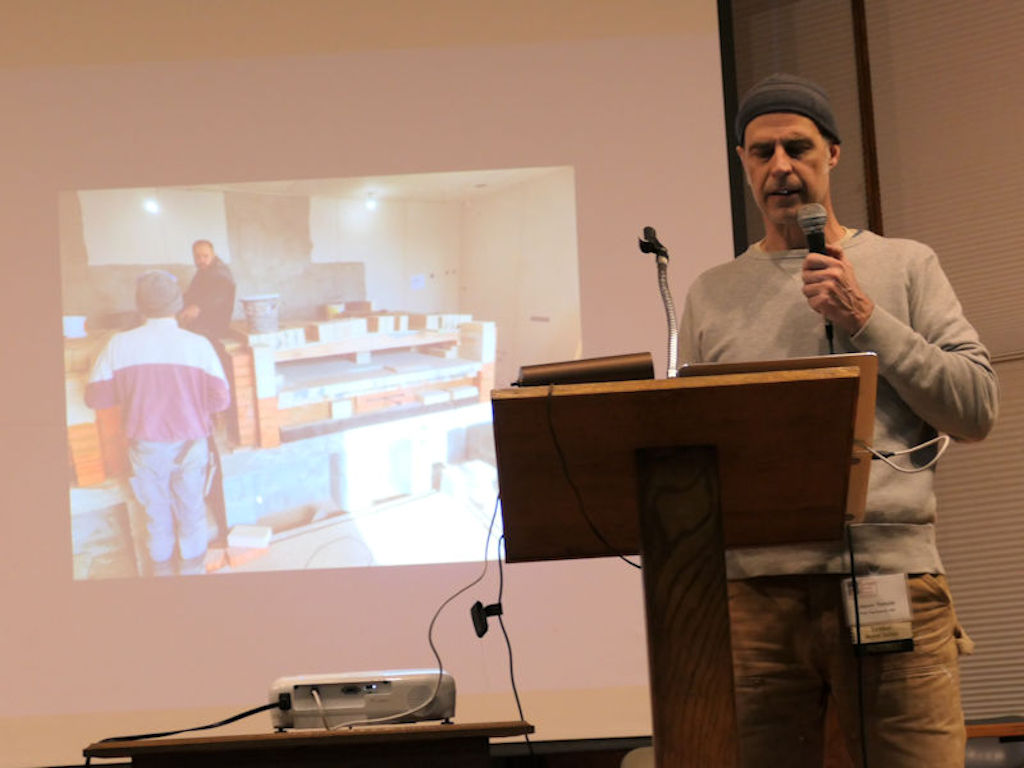 Jason Temple gave a presentation on his visit to the Ukrainian Masonry Heater Association. 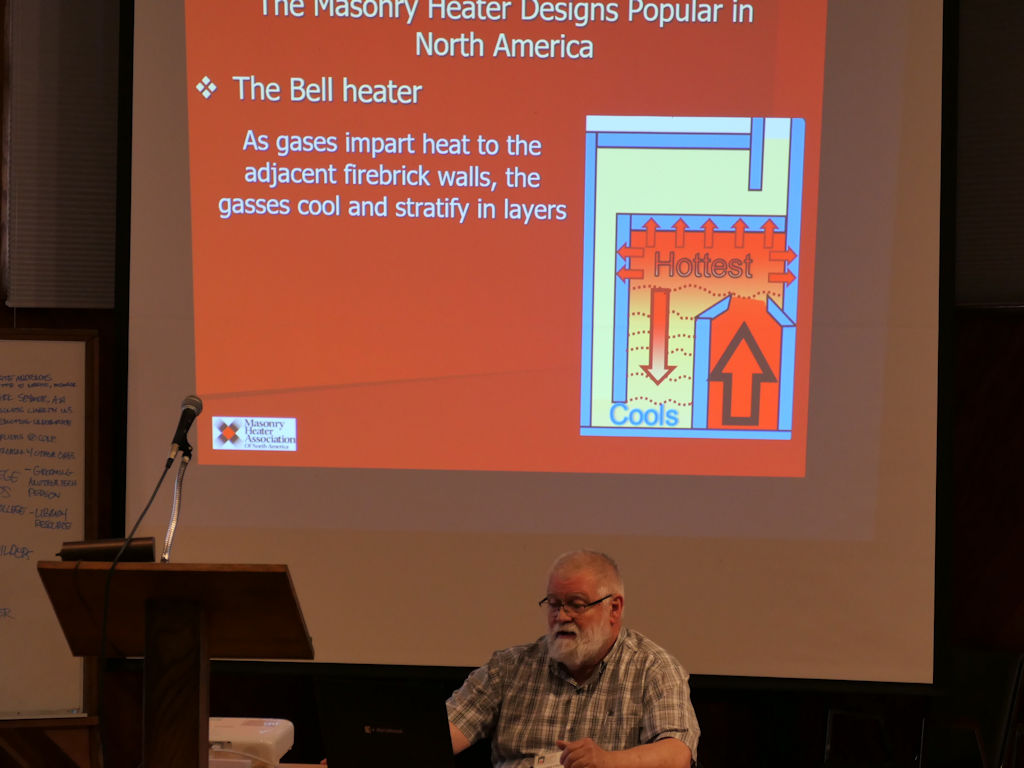 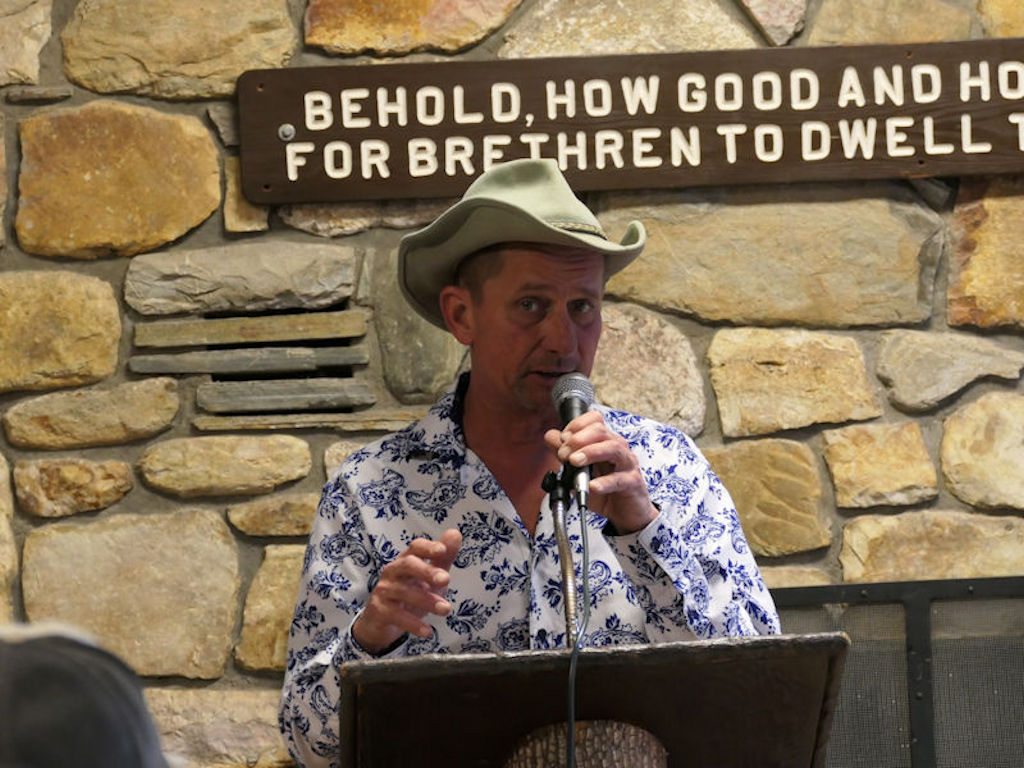 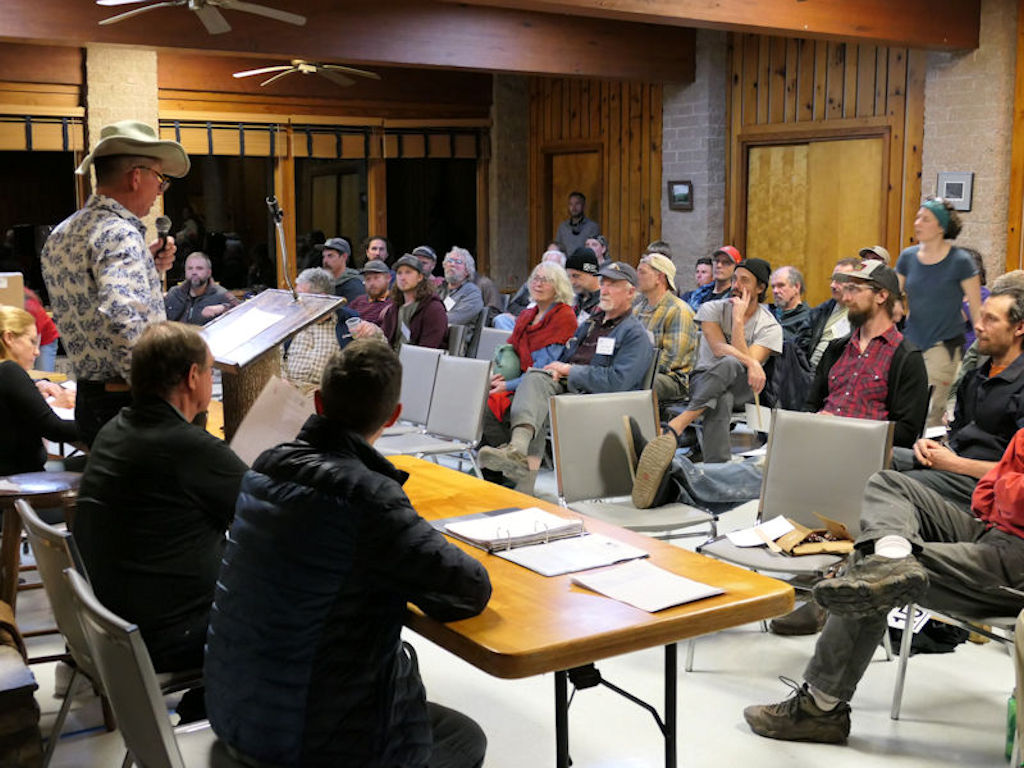 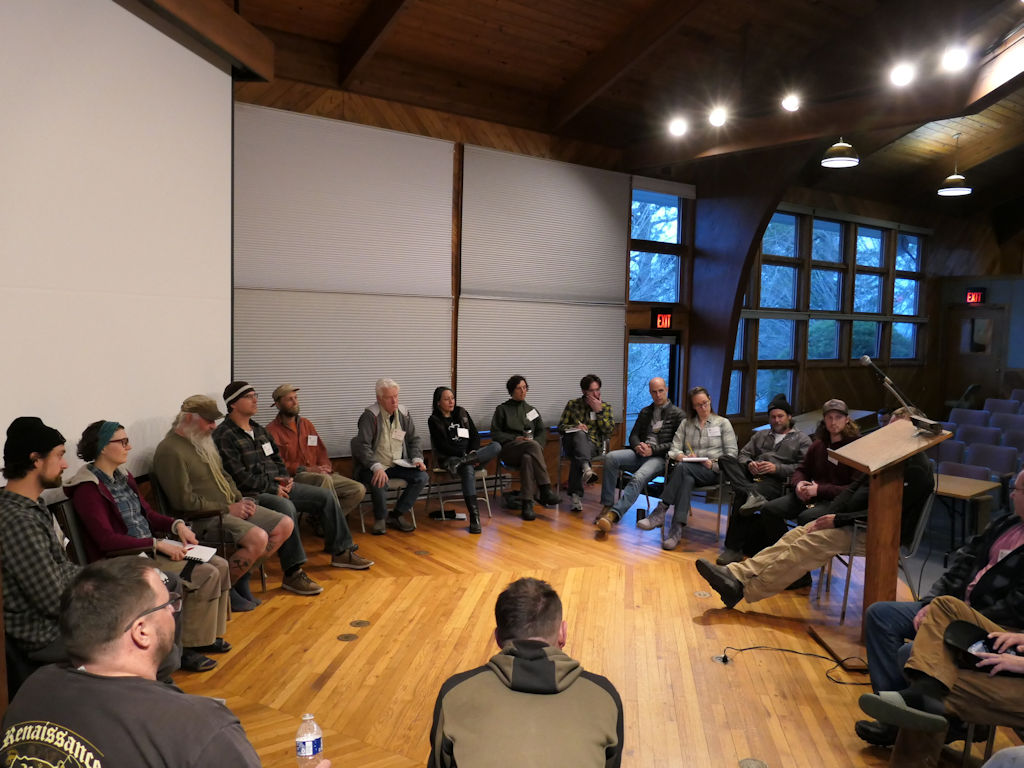 A roundtable discussion was organized by MHA Board member Jon Santiago. 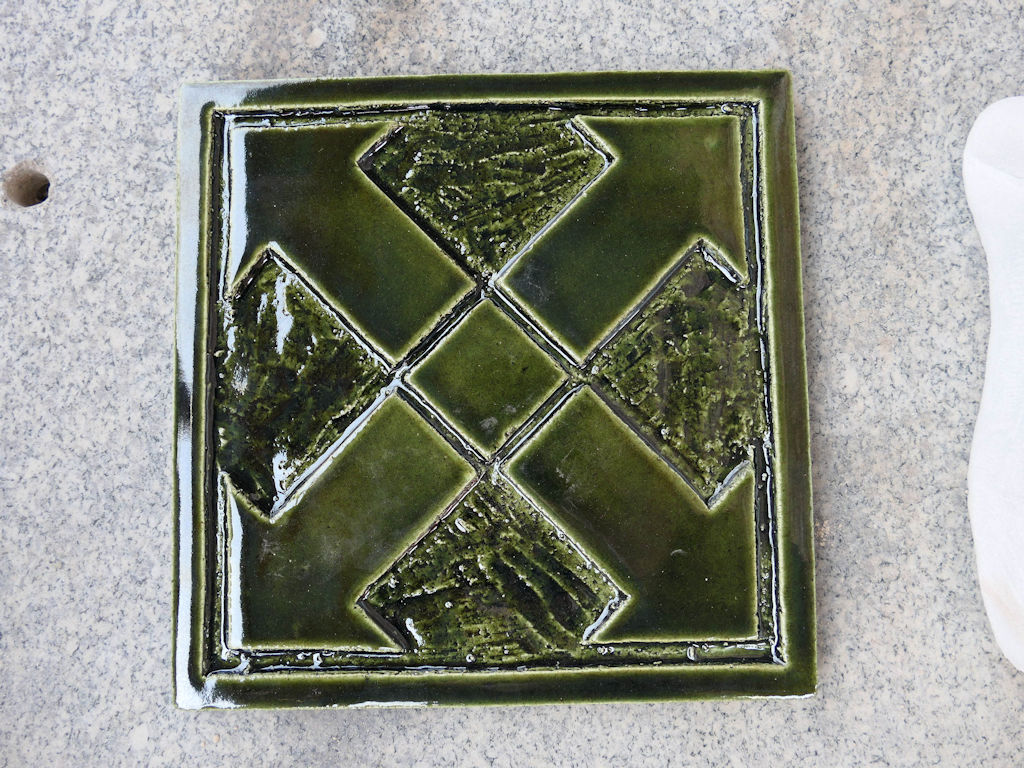