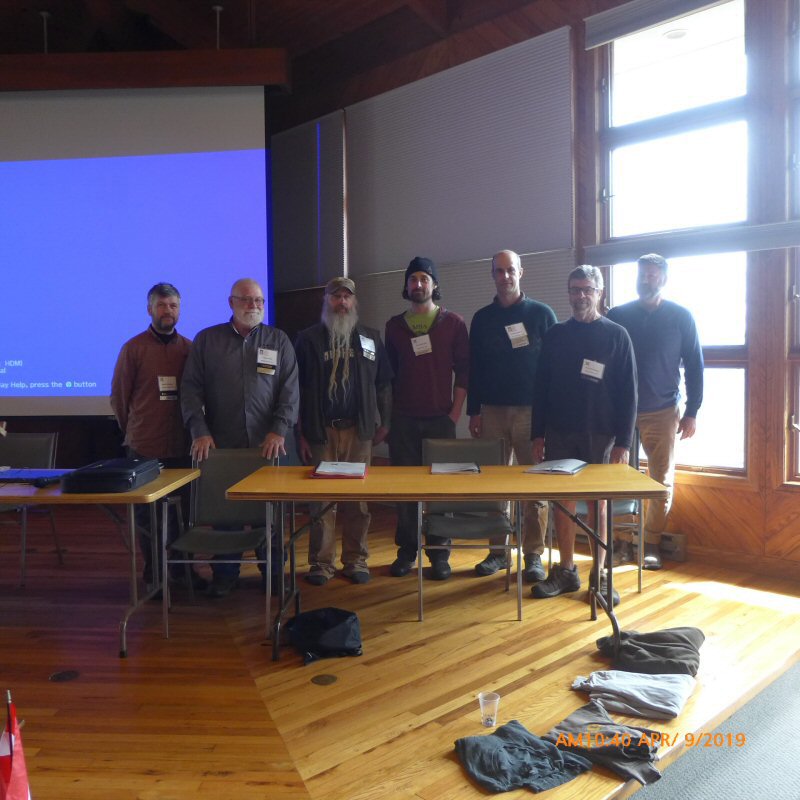 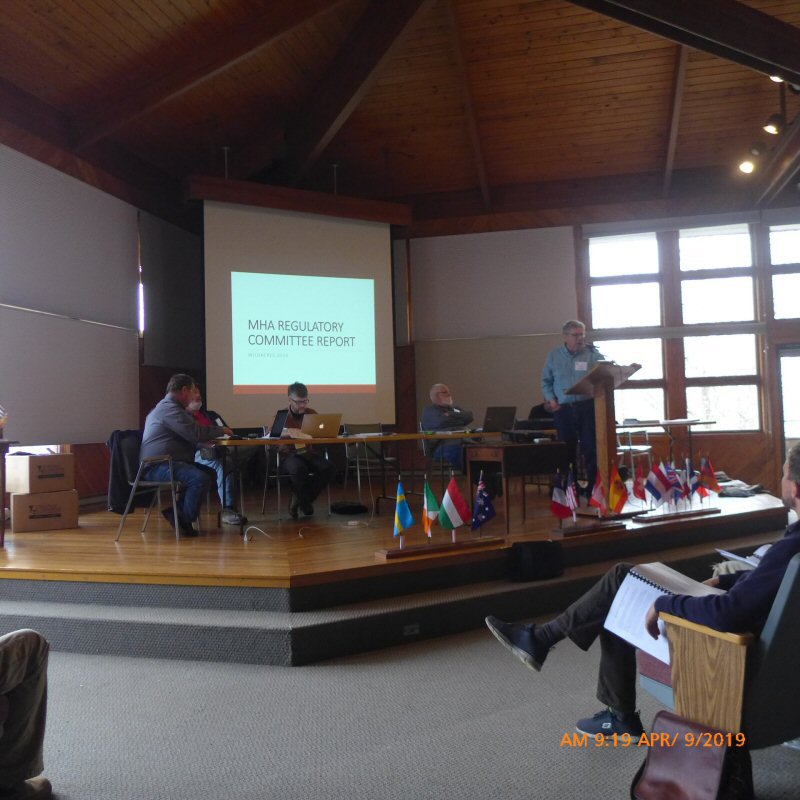 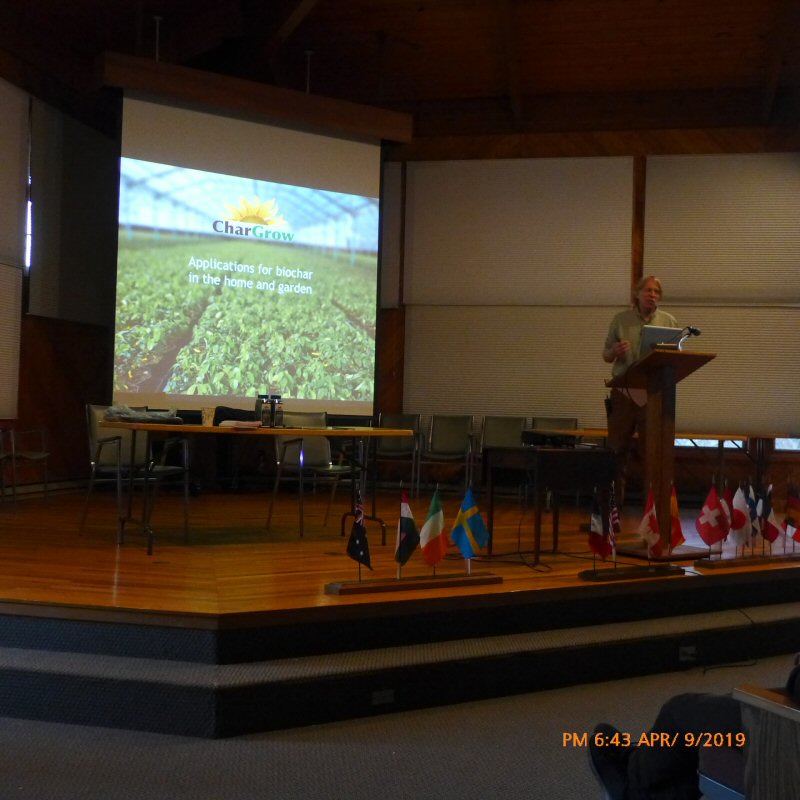 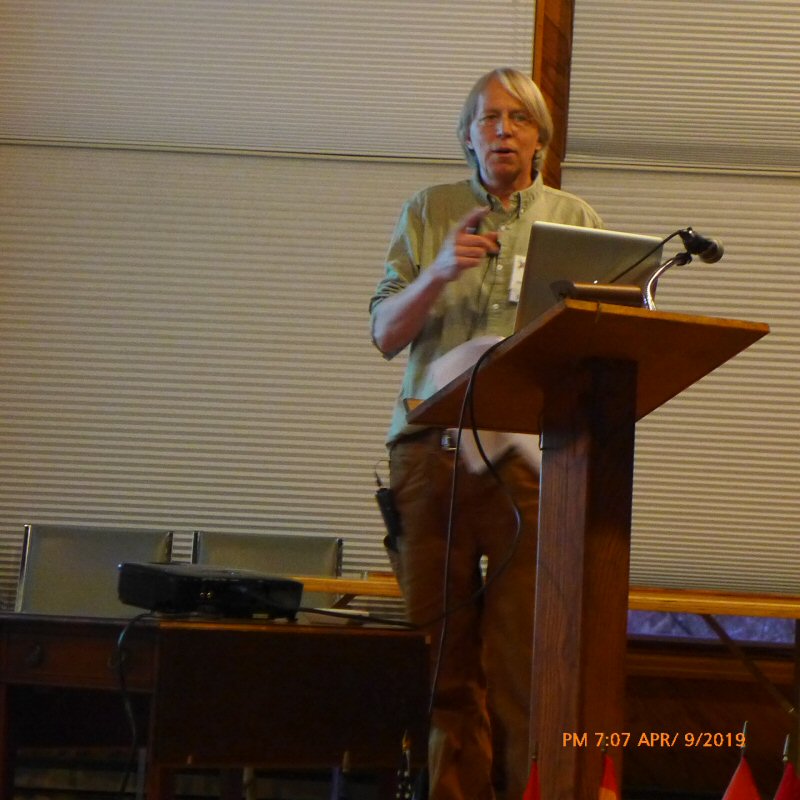 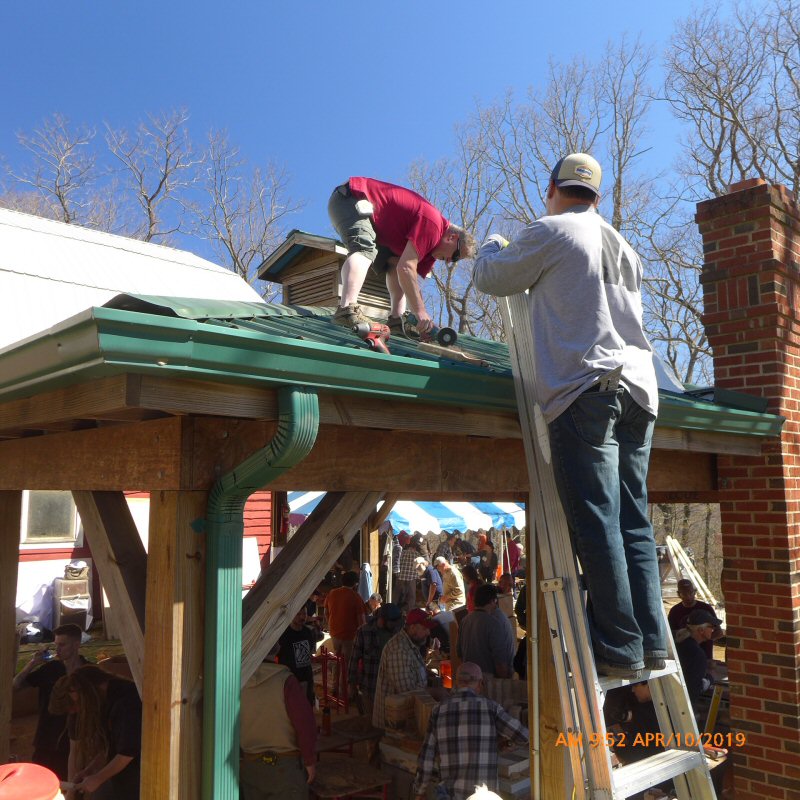 Olympia donated a new permanent chimney for the gazebo and presented a workshop on installation. 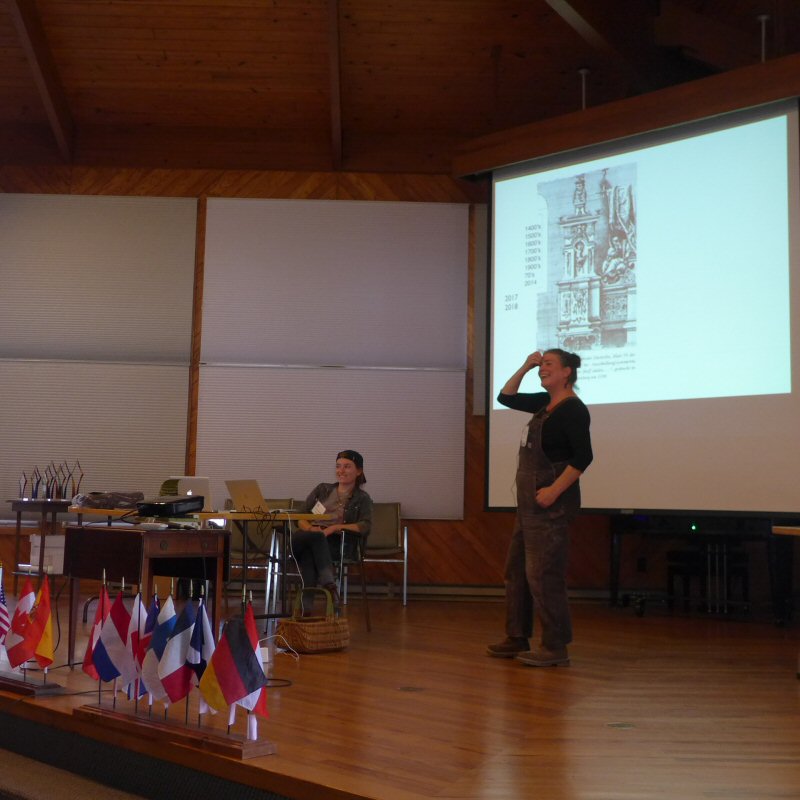 Jessica Steinhauser did a presentation on the history of the Kachelofen 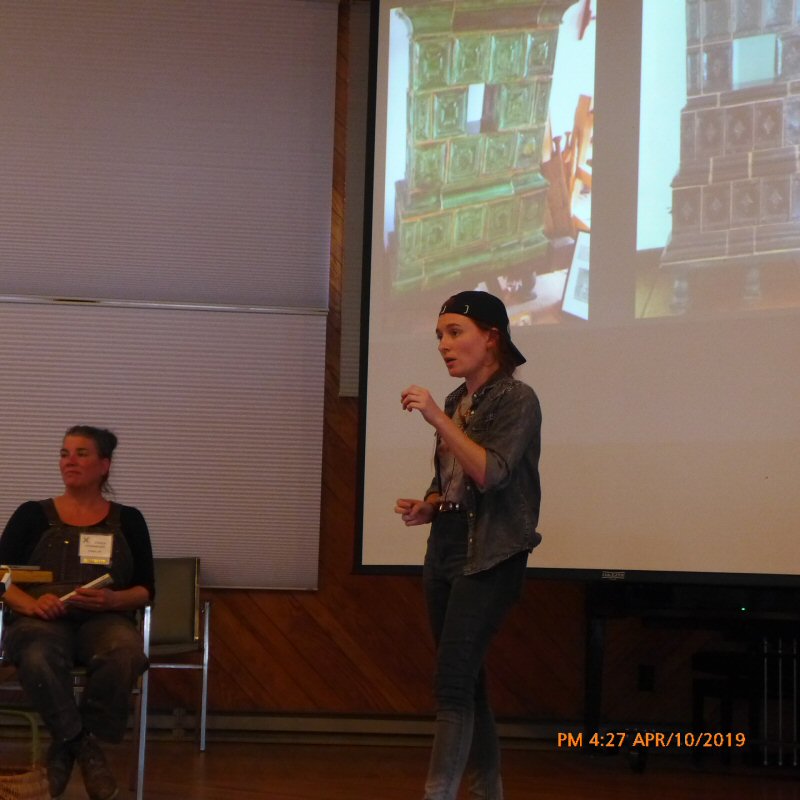 Tara Lancaster did a presentation on the historical Kacheloefen at Old Salem village in North Carolina. 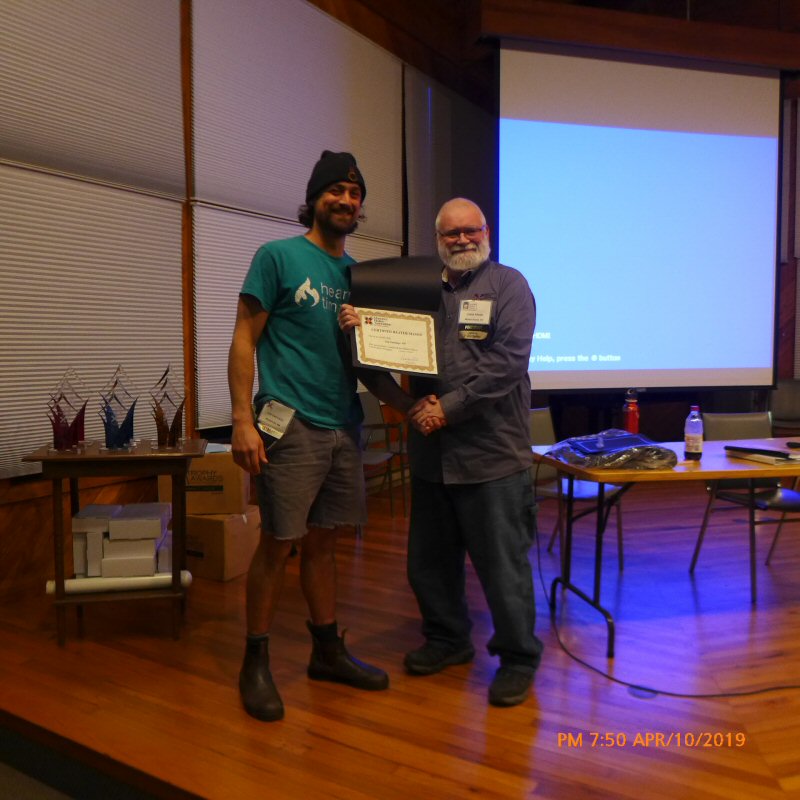 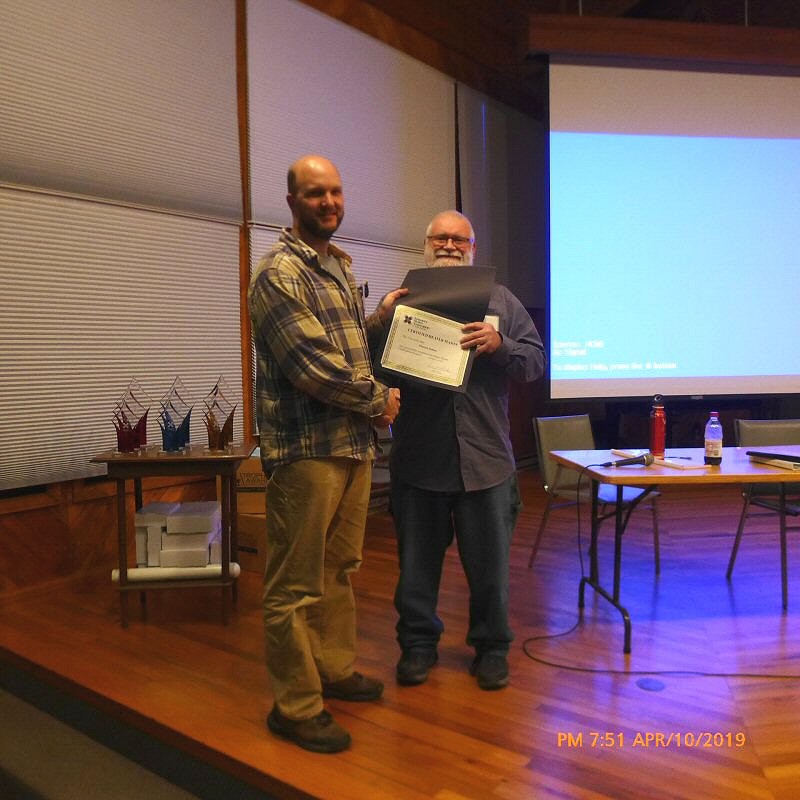 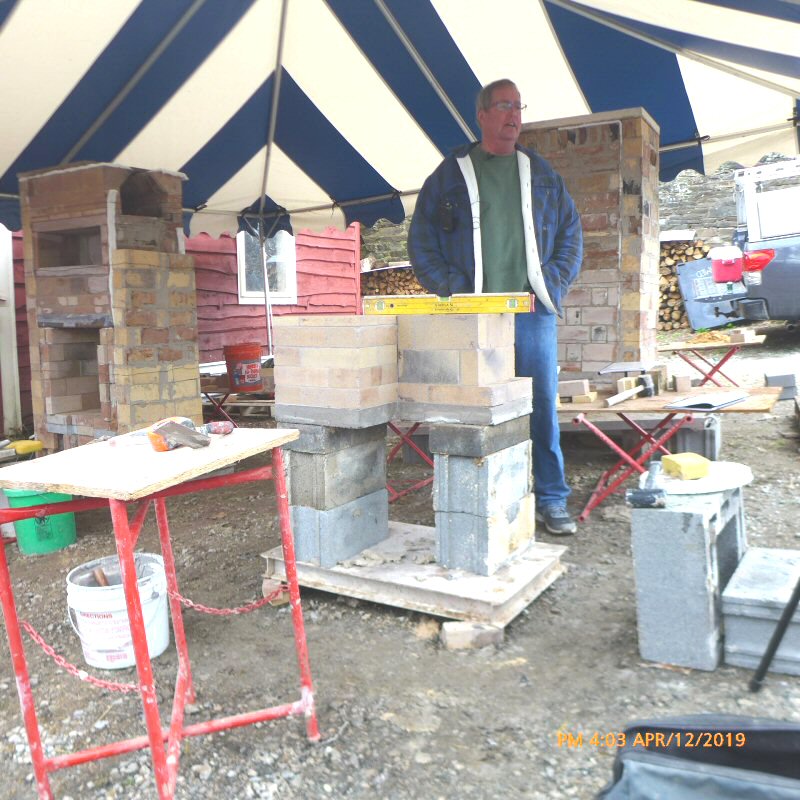 Jim Frisch and Derek Frisch instructed the HMED training session.
Here, Jim is checking the new hands-on test for heater mason certification.
It has been changed from bricklaying a section of chimney, to a firebrick test.

(Photo missing):  Eric Moshier was this year's recipient of the Jerry Frisch Award. 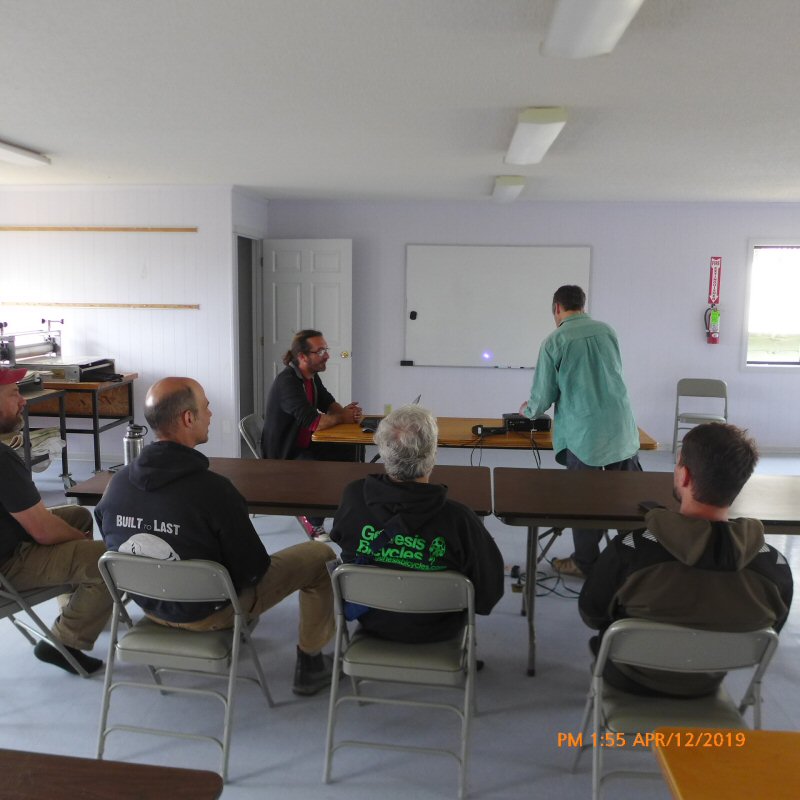