Combustion Testing with a TESTO 330-2

Back to Wildacres 2013 Photo Report 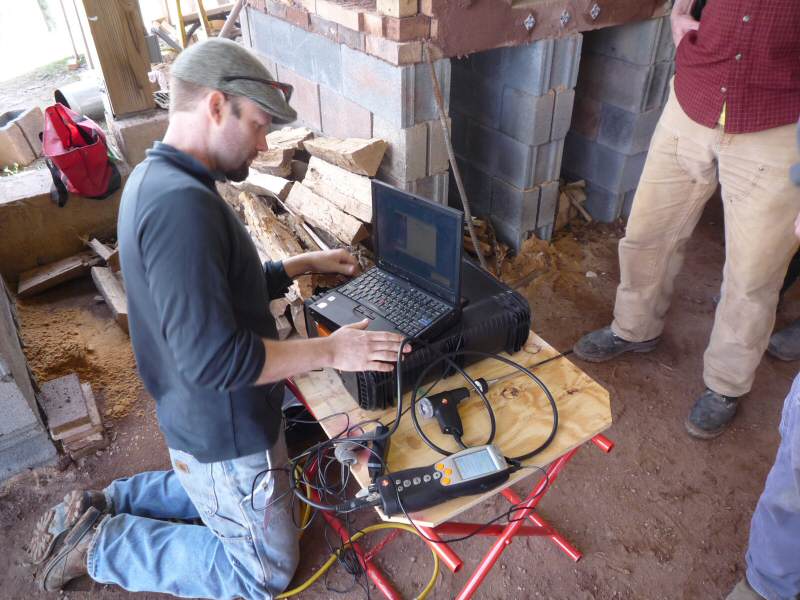 Carsten Homstread brought his Testo 330-2 combustion analyzer. It has software and a USB connection that allows
it to be controlled from a laptop, with data saved to the computer. 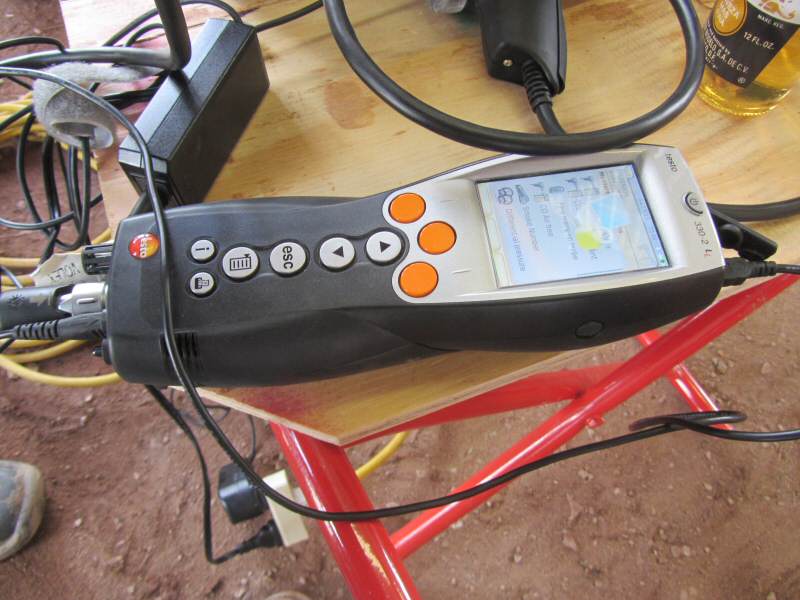 Check out the specs.
8 MHA members have one and are conducting, or planning to conduct testing on heaters.
Check out Lopez Labs Co-Operative for more in depth data. 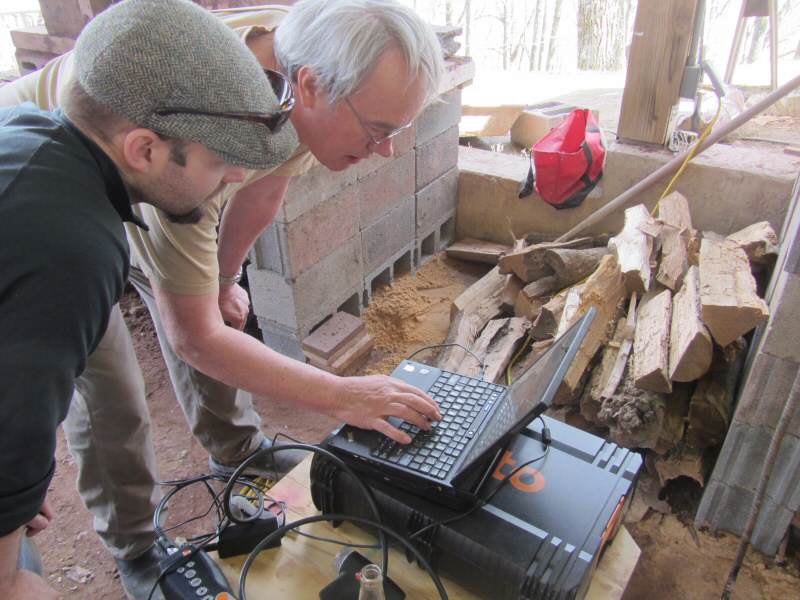 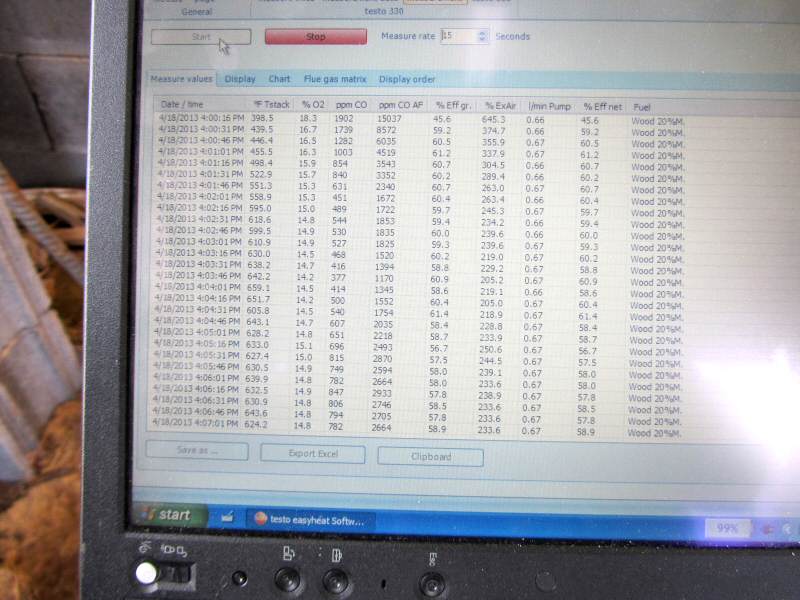 Real time data screen on the laptop. The data can also be viewed as a graph, and as a dashboard. 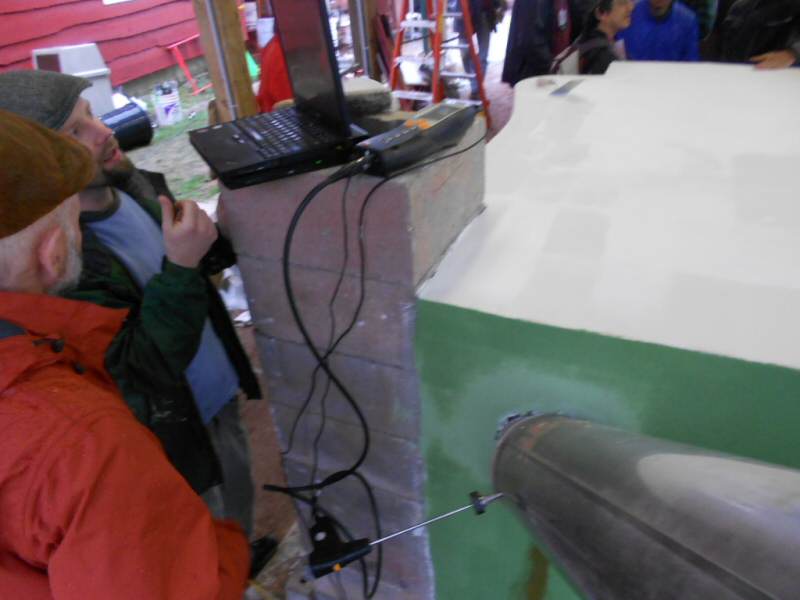 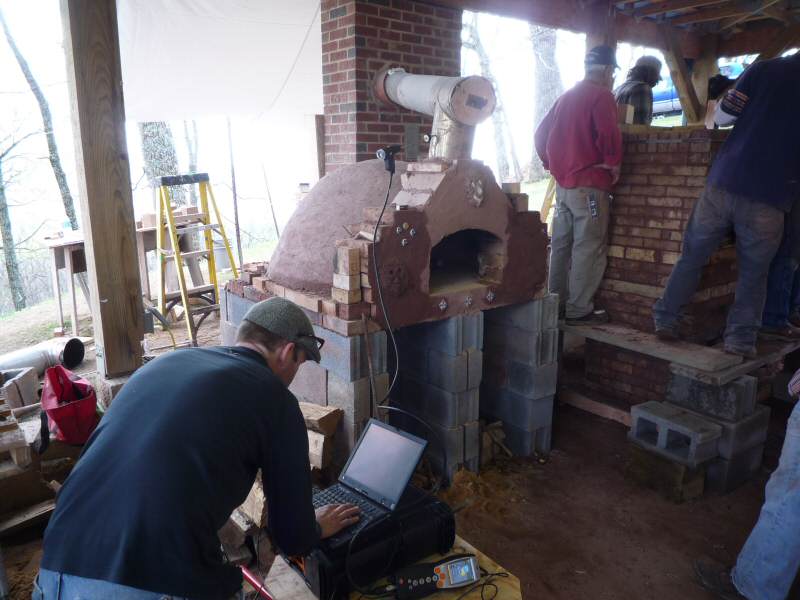 Testing the bake oven. This is the first time, as far as we know, that a bake oven has been tested. 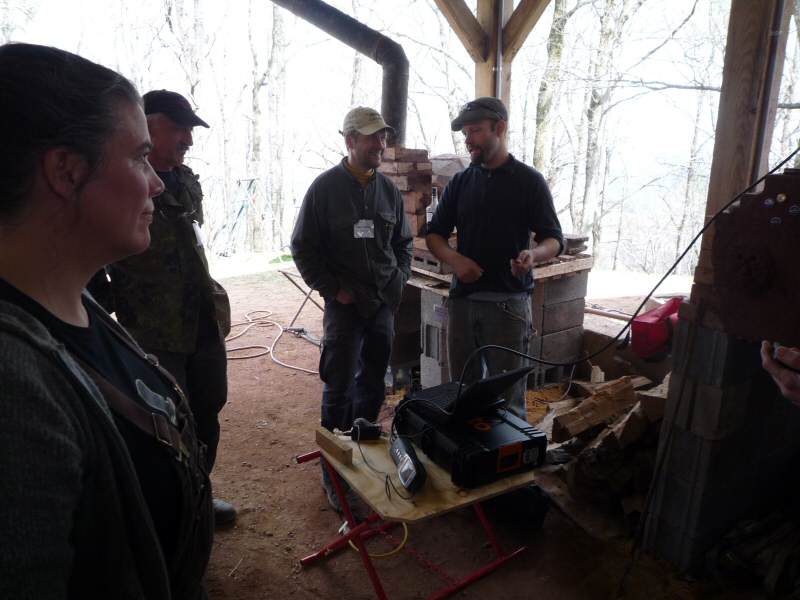 Boris Kukolj from Victoria, B.C. also does testing. Both Boris and Carsten are new members of the MHA
technical committee.

Date: Tue, 14 May 2013  From: Homestead Heat <info(at)homesteadheat.net>To: Norbert Senf <mheat(at)heatkit.com> Subject: WA13 testing Hey Norbert, Here is the data of the four tests from WA13. It's hard for me to take these tests too seriously as they aren't done under great conditions-- wet heaters and wetish wood (although I did have a moisture meter and found some decent stuff). The first Austrian test was done for 3+ hours and loaded 3-4 times. The second Austrian test (in deg C) was the most complete test, not messed around with, I'd say. Weighed out max load ~ 25-26lbs wood and the data steam represents only that charge. The bell heater test was for 3+ hours and loaded several times. Air configurations were played around with a lot on this test-- comparing air through the ash box and grates as is designed to just through an open firebox door---ashbox completely closed. When just through the FB door the burn was noticeably cleaner. As for the bake oven test I only ran it for 1/2 hour then went to set up on the air gap heater-- if I remember correctly. To me the most notible things about these test is the stack temp of the grundofen gets up there fairly quickly compared to a bell and the grundofen firebox air system seemed to burn nicely without any spikes. Probably the most impressive thing for me was concerning burning the coal bed--- which for the Austrian's doesn't happen at the end of the burn like we try to do here but during the next burn. It's like a charcoal grill that you cut the air on and put the lid on to use the coals next time. The other major game changer to me is the air intake dampers that can be manual or automatic. I plan to play with this as soon as I get the chance. If one can go to work or bed and have the stove automatically close down that is a huge advantage in my opinion. Not to mention they have a model that automatically closes partially at the end of the burn to limit excess air-- thus getting higher efficiency. Best, Carsten